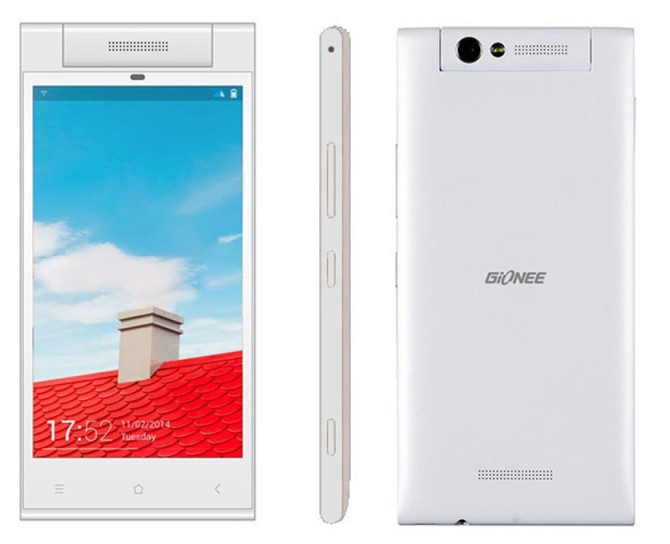 There is a 13-megapixel auto focus camera at back along with LED flash. The 13-megapixel camera is capable of recording up to 1080 pixel videos. The smartphone has rotating camera that means it do not has secondary camera, you just have to use one camera for both purposes. There is 16GB of internal storage in smartphone. There is no memory card support with device, you have 16GB internal storage for all your purposes.

On the connectivity front, Gionee Elife E7 Mini is a dual SIM smartphone, other features are 2G, 3G, Wi-Fi, Bluetooth, NFC and GPS.