Gionee has finally launched its flagship smartphone Elife S7 in the Indian market. The handset was first showcased at MWC 2015 event. The handset is priced at Rs. 24,999 and will go on sale this month. As for specifications, the LTE enabled dual-SIM Gionee S7 phone packs a 5.2 inch Super AMOLED full HD display, 64-bit 1.7 GHz Octa-core MediaTeK 6752 processor, 2 GB RAM, Android 5.0 Lollipop with Amigo OS 3.0 and 2700 mAh battery. Read on to find detailed information on specifications and features of Elife 7 phone. 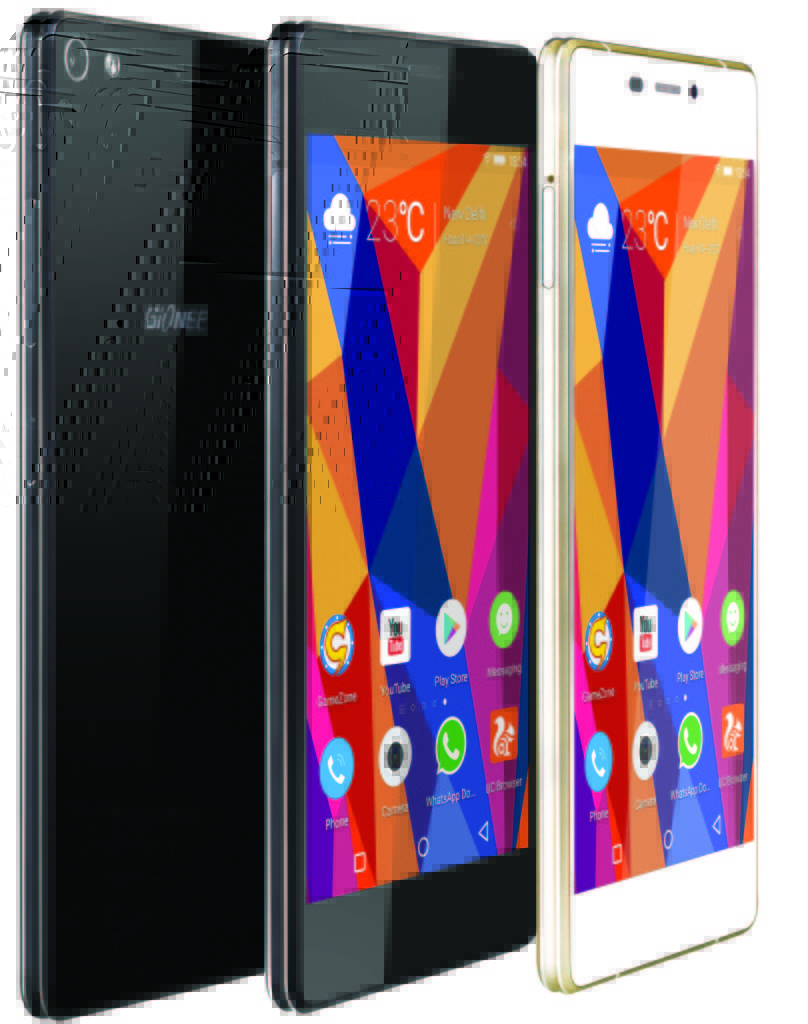 The Gionee Elife S7 smartphone which was unveiled at MWC 2015 event is soon going to reach Indian shores. Gionee has started sending out invites for the launch of the handset which is scheduled next month on April 4, 2015. While no information about pricing of Elife S7 has been revealed for the Indian market, it has been priced EUR 399 (Rs. 27,600 approximately) for global markets. More details about the Indian pricing of the device is expected to arrive near to the launch. Read on to find more information on specifications and features. Gionee has announced its ultra smartphone, the Gionee Elife S7 at MWC 2015 in Barcelona. Under the hood, the handset packs a 64-bit 1.7 GHz Octa-core MediaTeK 6752 processor coupled with 2 GB of RAM and runs on Android 5.0 Lollipop with Amigo OS 3.0 wrapped on the top. The handset features a 5.2 inch Super AMOLED full HD display with 1920 × 1080 pixels resolution, 424 ppi pixel density and Gorilla Glass 3 protection.

There is a 13 mega pixel auto focus camera with LED flash on the rear and an 8 mega pixel front facing camera with intelligent Face beauty 3.0 technology. The camera on Elife S7 is capable of capturing an image in just 500 milliseconds while the focus time is mere 300 milliseconds. It houses 16 GB of inbuilt storage with no microSD card support and packs a 2750 mAh battery. The device measures 139.8 x67.4 x5.5 mm and will be available in Black, White and Blue color options.

“We believe ELIFE S7 will bring the future of slim smartphones to the next level. To make ever-slimmer phones, compromising on performance and function is pointless. Manufacturers should offer more features benefiting user experience other than just slimness,” said William Lu, President of Gionee.

“We have had a rapid growth since our launch 2 years ago. We are at a threshold of achieving the targets we set for ourselves having sold over 4Million+ devices in India already. Gionee is aiming to be among the top 5 mobile players in India by the end of next fiscal year. ELIFE S5.5 & S5.1 witnessed huge acceptance amongst Indian consumers and we are certain that the S7 will create its own benchmark. Consumers will continue to witness exciting offerings this year under the E & S series which are LTE ready matching up to the next level of 4G connectivity option that the country will witness this year,” said Arvind.R.Vohra, Country CEO & MD – Gionee Smartphones India.

The Gionee Elife S7 has been launched for Rs. 24,999 in the Indian market and will go on sale in the coming days.