Gionee is working on a new smartphone, code-named F109. Recently, several leaks and rumors have emerged regarding the specifications, features and a price tag of the Gionee F109. The upcoming smartphone is expected to be launched soon. Curious? Read more to find about Gionee F109 Price in India, Specifications, and Features 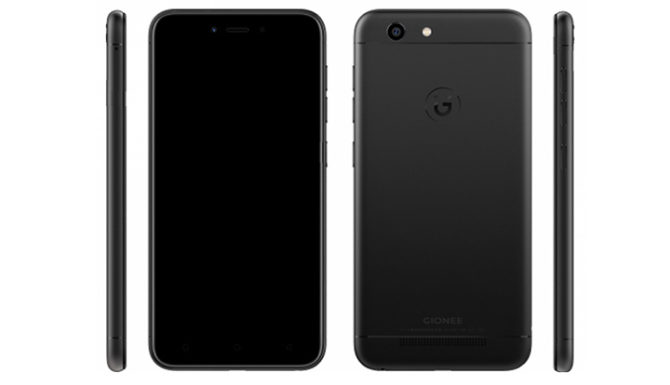 As of now, there is no confirmation about an Indian launch. However, at this price point, the upcoming smartphone will compete against the likes of Xiaomi Redmi Note 4, Coolpad Cool 1 and Honor 6X.

Also read: Xiaomi Mi 5X Coming On July 26 – All You Need To Know

As per recent leaks, the Gionee F109 will feature a 5-inch display with HD resolution (720 x 1280 pixels). It is powered by a 1.25 GHz quad-core MediaTek MT3737 processor along with Mali-T720 GPU and 3GB RAM. The 16GB internal storage cannot be further expanded.

On the camera front, the upcoming smartphone is expected to feature an 8-megapixel autofocus rear camera with LED flash and a 5-megapixel front camera. It will be backed a 2660mAh battery.

Also read: Moto G5S Plus – All We Know So Far

As per leaked images, the upcoming smartphone will sport a metal unibody design. The fingerprint scanner is expected to be embedded in the Home button. It is said to measure 143 x 70 x 7.9mm and weighs 141.9 grams. The Gionee F109 comes in in Black and Gold color options. It will run on Android 7.0 Nougat operating system.

As of now, Gionee has not officially confirmed any of the above-mentioned information. We will keep you posted as soon as we get more updates on Gionee F109.