Gionee has launched a new entry-level handset in the Indian market. It is an upgraded version of the Gionee F205 (launched in April last year). The highlight of the budget handset is the presence of the Face Unlock feature. Read more to find about Gionee F205 Pro Price in India, Specifications, and Features 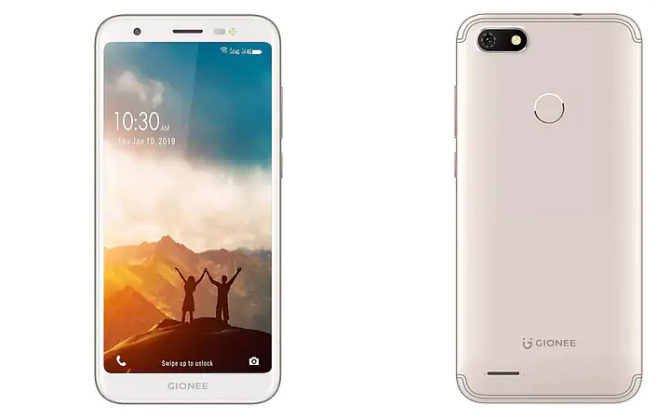 The Gionee F205 Pro is priced in India at Rs 6,990. However, it is currently available at a discounted price of Rs 5,850 on Flipkart. Launch offers include 10 percent instant discount on purchases made with Axis Bank credit/ debit cards, and 5 percent off with Axis Bank Buzz credit card.

In terms of optics, the Gionee F205 Pro sports a 13-megapixel rear camera with an f/2.0 aperture and an LED flash. The camera features include Portrait Mode, beautification, HDR, and a scene detection mode. There is also a 5-megapixel front camera (with an f/2.2 aperture) for selfies and video calling.

The budget smartphone is backed by a 3,000mAh battery. The 16GB internal storage can be further expanded via a dedicated microSD card slot (up to 256GB).

The dual-SIM (Micro) measures 148 x 70.9 x 8.8mm and comes in three color options (Black, Blue, and Champagne). A fingerprint sensor is placed on the back. Other sensors on the device include an accelerometer, ambient light sensor, and proximity sensor.

What do you think of the specs and price of new Gionee F205 Pro? Share your views with us in the comments section below.