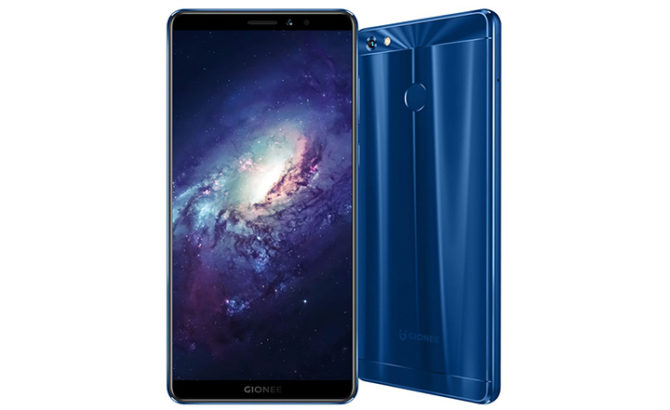 The Gionee M7 Power is priced in India at Rs 16,999. It will be available on Amazon India and major retail stores from November 25. Interested customers can pre-book the device on Amazon from November 17.

The Gionee M7 Power features a 6.0-inch FullView display with a resolution of 720 x 1440pixels and 18:9 aspect ratio. It is powered by a 1.4GHz octa-core Snapdragon 435 processor and 4GB RAM. The 64GB internal storage can be further expanded via a micro SD card (up to 256GB).

On the camera front, the Gionee M7 Power sports a 13-megapixel rear camera with phase detection autofocus system (PDAF), f/2.0 aperture, and a LED flash. It also features an 8-megapixel front camera for selfies and video calling. It is backed by a huge 5000mAh battery with fast charging support.

The Gionee M7 Power runs Android 7.1.1 Nougat operating system with Amigo OS 5.0 on top. A fingerprint sensor is placed on the back. Other sensors on the device include a Proximity sensor, Accelerometer, Compass Magnetometer, and Ambient light sensor.

Also read: Honor 7X Coming To India In December At ‘Unbeatable Price’ – All You Need To Know

The mid-range smartphone offers decent specs in stylish chassis. It was launched alongside Gionee M7. The company is also planning to launch eight new bezel-less smartphones at an event in Shenzhen on November 26. Will you go for the new Gionee M7 Power? Let us know in the comments section below.