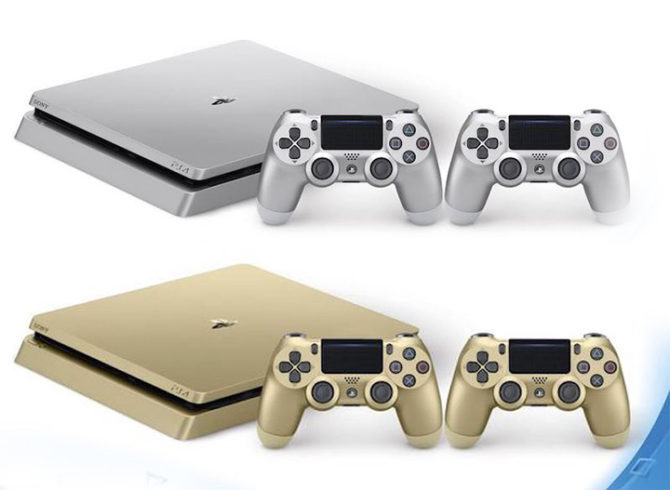 The Gold and Silver PS4 Slim Limited Edition consoles were launched in the US and Europe earlier in the year. The 500GB versions are now available in India at Rs 32,990. You also get an additional controller of the same color.

The Gold and Silver PS4 Slim Limited Edition comes with a wireless controller, Mono headset, HDMI cable, USB, and power cables. Unfortunately, the company is not offering any games with the package.

As of now, the PS4 Slim Gold and Silver consoles are available in limited quantities. The new gaming consoles will be exclusively available via Sony Centres. The new PS4 Slim Limited Edition won’t be officially available e-commerce platforms like Amazon and Flipkart.

The standard Black PS4 Slim 500GB model is currently available at Rs 27,699. It comes with gaming titles like Horizon Zero Dawn, Ratchet, and Clank, Driveclub. You also get three months of PS Plus along with the gaming console.

The PS4 Slim is a slimmer and lighter console with PlayStation 4 power (specs and gameplay are the same as the standard PS4). It comes with High Dynamic Range (HDR) technology and features a slick interface. The Dual Shock 4 wireless controller combines intuitive design and precise controls.

Sony India has stayed away from colored consoles for the longest time. This is one of the few times the company is releasing a PS4 in a color that isn’t black. Previously, the company had launched a Glacier White variant of PS4 Slim. The Gold and Silver PS4 Slim Limited Edition will stand out from the crowd. Will you go for the new color variants of PS4 Slim? Let us know in the comments section.