Google yesterday on 2 August 2013 announced a security application called as Android Device Manager which shall be coming later this month. Android Device manager is just like Find My iPhone Service which remotely locates lost devices and allows to prevent any damage to the data on the lost phone. 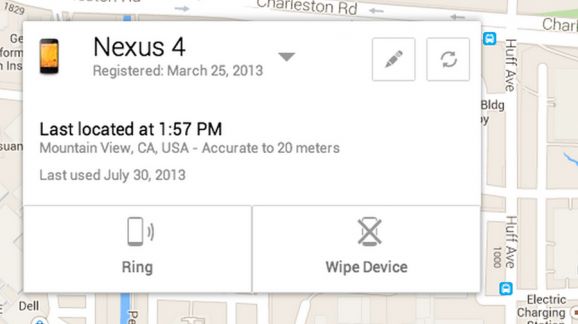 Alike Find My iPhone Application, Google Android Device Manager also maps the lost or stolen Android device in real time. This service would allow to ring your device so that the user can know if the device is in vicinity or else he/she also have the option to secretly wipe out data so that the information does not get into wrong hands. Sony Mobile had announced a similar service recently called as My Xperia which has similar features and it also uses Google account. My Xperia application started rolling for customers globally last month.

Still features like remote monitoring and remote locking have not been announced yet. We hope Google would roll out more features gradually as they complete developing. The service would work on Android 2.2 and above. An Android application for this service is also expected to be seen soon on the Google Play Store that would let you easily find and manage your devices.