Google Lens has been given an Android app. It was just some time back when it was enhanced due to the addition of real-time detection and smart text selection. The Google Lens Android app enables direct access to Google Lens directly from an Android device’s home screen. 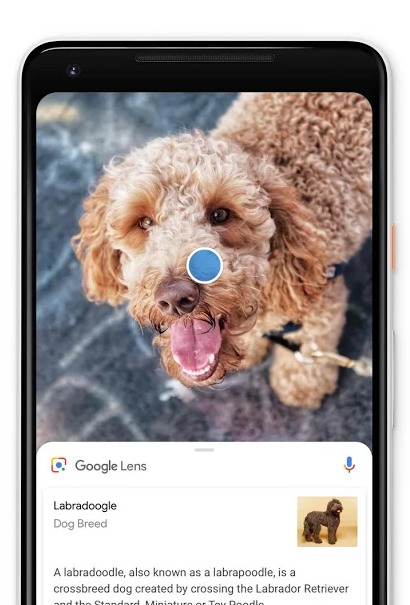 Earlier one had to go to Google Photos or Google Assistant for using enhanced visual assistance.

The tech giant announced the introduction of Google Lens in the camera apps of companies like Asus, Motorola, OnePlus etc. The announcement was made during its I/O 2018 conference.

There is nothing new to offer from the Google Lens Android app. Its same as the Lens support in Google Assistant and Google Photos. Its functions are to translate hoardings, copy and save the text from the real world, learn more about your nearby landmarks, or identify an object or an animal using the primary camera of your device.

Anyways but the app makes the use of Google Lens easier. It is available on an Android device’s home screen. The app provides direct access to its visual assistance. It is helped by AI. Its functions are the same as offered in LG G7 ThinQ. The handset offers it through a physical button in two taps.

The Google Lens Android app can be downloaded from Google Play. It is compatible with devices running Android 6.0 and higher. But it is not supported by all devices right now. The app integrates with Google Photos and Google Assistant. The company is also increasing its influence by integrating it with third-party camera applications.

Google Lens is available on Google Assistant, on OnePlus 3, OnePlus 3T, OnePlus 5 and OnePlus 5T. The preferred device language needs to be set to English. Google Lens has also been rolled out on Galaxy S9, S8, and Galaxy Note 8. Google Lens in OnePlus phones is an upgraded version of Google Goggles. It permits visual recognition and contextual responses.