Google has slowly started bringing the Nexus devices to India and the Nexus 7 in 16GB guise has already been doing good numbers for the company since it was launched. Later on, it was joined by the 32GB version and the 32GB + Wi-Fi version but the same was not available on Google Play store. Now the company has just made the 32GB Wi-Fi only version available via its play store for Rs.18,999 and the same has ran out of stock pretty well.

But you need not worry as we expect the device to be made available soon enough so you can grab it then. The device is similar to the 16GB Wi-Fi only version in terms of internals except the internal memory seeing a boost. The tablet still is one of the best tablets under Rs.20,000 and you can choose one as per your memory requirements as it does not get expandable memory as an option, and neither does the iPad mini which is its main competitor. 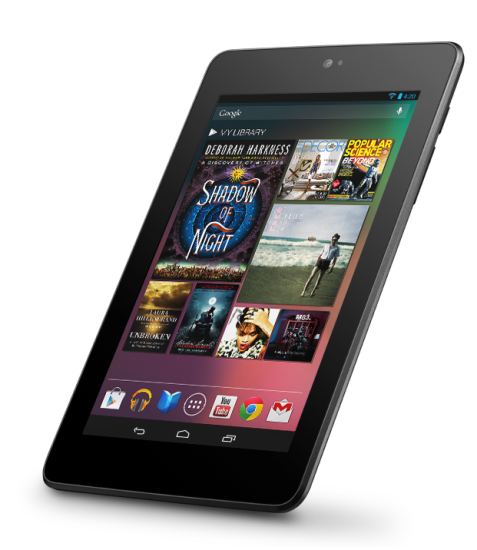 The Nexus 7 has a 7 inch screen with a display resolution of 1280×800 pixels which translates into a pixel density of 216 ppi which produces quite the crisp pictures. The tablet is powered by a 1.3GHz Nvidia Tegra 3 quad core processor which makes the performance a breeze on the device. With the 1GB of RAM on offer, it will ensure that you never run out of multitasking abilities and multitasking will become a habbit, not just another activity.

It has 1.2 megapixel front camera for video calling and gets Bluetooth and NFC in addition to Wi-Fi. It has a 4325 mAH battery which Google claims to give a battery life of upto 8 hours. It runs on the latest version of Android, 4.2 Jelly Bean and will be one of the first devices to get the next Android update. Google is slowly yet steadily venturing into Indian market and even if its devices cost more in India compared to the rest of the world, they still are cheaper than the competition and offer a lot of value for your money.