We previously reported that Nexus 5 is available at Indian Play Store, but now after a month of speculations and anticipation Google started taking orders for Nexus 5 and along with Nexus 7 tablet too. Although the 16GB model of Nexus 7 will be available after 26 November. As reported on website Leaves warehouse by November 26, 2013. But the 32GB versions will be shipped in two business days as said on play Store. The 32 GB model is also available with Wi-Fi and LTE. The Nexus 5 is available in black and white colour. 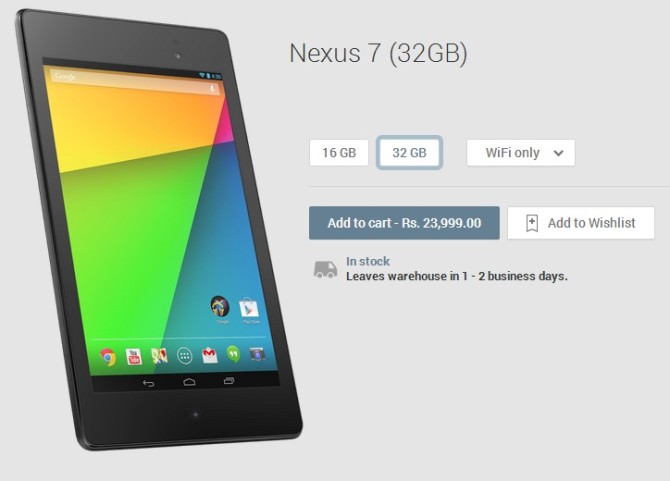 While Google Nexus 5 comes with latest Android Kit-Kat, but the Nexus 7 comes with Android 4.3 Jelly Bean. Although you can update it to 4.4 after purchase. There are many new features available in Kit-kat like Dialer and Hangouts.

Google totally rethought of Dialer and integrated Yellow pages into new dialer app. Now Dialer app allows you to search for a business or person and dial their number without ever having to figure it out.

Hangout is also one of the key feature of Kit Kat. It is more integrated into the operating system. There is a Hangout icon over there where used to be message icon. Hangout is updated to integrate with SMS. And even you can now do texting, voice and video calling too through only one app- Hangout. 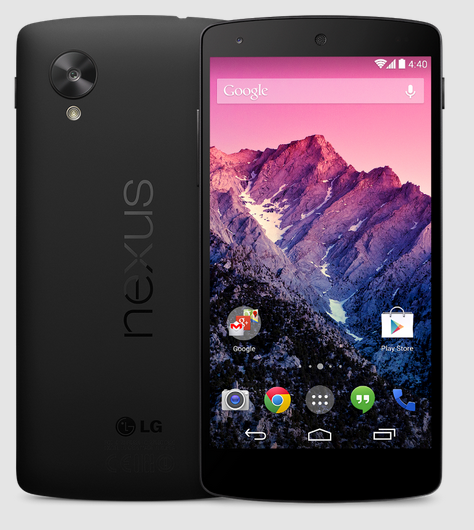 Talking about specifications of Nexus 5, it comes with full HD IPS display with 445 pixel per inch density. LG used Corning Gorilla Glass 3 this time with nexus. It is powered by2.3GHz Qualcomm Snapdragon 800 processor along with Adreno 330 GPU for better graphics performance. With 2 GB on board it will be truly amazing performer and running smoothest Android yet Kit Kat 4.4. The phone comes in two variants of 16 and 32 GB. There is 8 MP shooter at back with image stabilization. And  there is also a 1.3MP shooter for video calling. There is 2300mAh battery installed on it.

While at the other end, Nexus 7 comes with full HD IPS display with 332 ppi. There is 1.2 MP fixed focus camera for video calling at front and a 5 MP auto focus camera for capturing images. This tablet from Google runs on Android Jelly Bean 4.3 along with 2GB RAM and quad- core processor from Snapdrago.  There is also an Adreno GPU with it too. Powered with 3950mAH battery it can last up to 9 hours on active uses. 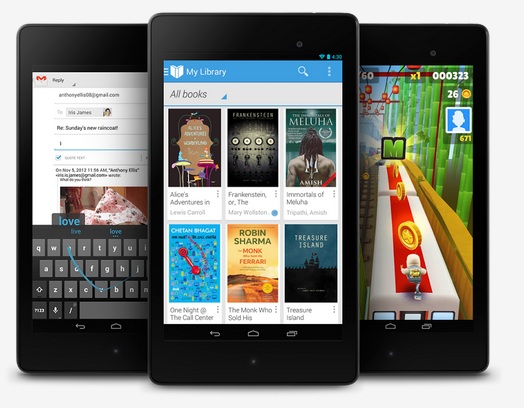