GoPro has slashed the prices of its Hero5 series action cameras in India. The new GoPro Hero5 Black and Hero5 Session will now cost almost 11K less than the previous price tag. The new move will make the popular action cam more accessible for Indian users. The GoPro cameras have become quite popular over the years. Read more to find about GoPro Hero5 Black, Hero5 Session Price in India, Specifications, and Features 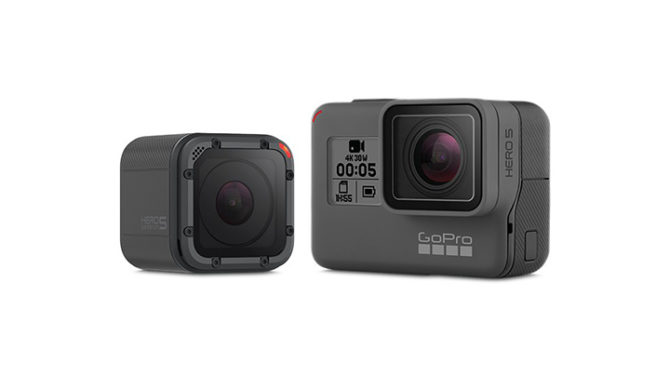 Also read: LG V30+ India Launched In India – All You Need To Know

The waterproof (up to 33 feet without housing) action cameras are compatible with existing GoPro mounts. Both support voice control for seven languages.

Additionally, you use Quik (GoPro’s editing app for mobile and desktop) to edit and share captured videos. You can preview and playback shots on your smartphone as well. Both cameras are compatible with GoPro’s automated storytelling feature called QuikStories. The new feature allows you to automatically transform the footage into videos.

While the popular action cameras have received significant price cuts, the new price tags are still higher than other countries like the US. The company’s latest flagship (Hero6 Black) is priced in India at Rs 45,000. It sports a rugged and waterproof design. It is waterproof up to 10 meters. The latest action cam is compatible with Karma drone and existing GoPro mounts. It also allows you to shoot 4K videos at 60fps (frames per second) and full-HD (1080p) slow-motion videos at 240fps.