Most new smartphones ship with a fingerprint sensor as security option. Now, WhatsApp plans to add the biometrics to its app. The new feature will significantly improve security for users of the popular messaging platform. Read more to find about How To Add Fingerprint Security Feature To WhatsApp For Android 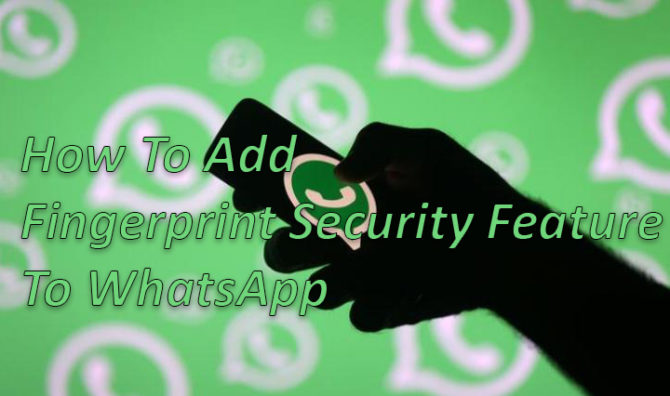 The biometrics will be added to the WhatsApp Authentification feature in the new update. It will allow users to protect their messages with their fingerprint. The Facebook-owned app is expected to come with a major v2.19.3 update for Android soon.

The new security option will work with both iOS and Android (Marshmallow and newer) smartphones that feature a fingerprint sensor. Users can easily enable the new feature, once they receive the new update.

Note: If WhatsApp is unable to detect your fingerprint, you can use your device credentials.

WhatsApp also added a new Mute button that allows users to mute chat directly from the notifications panel. The messaging platform also announced the addition of ‘Picture-in-Picture’ Mode to Android app. It will allow users to watch YouTube videos while checking the messages. The company also added WhatsApp group video and voice calling features. It allows you to chat with up to four people at the same time.

Additionally, a ‘Swipe to Reply’ gesture support has been added to the Android app. It lets you respond to a WhatsApp message by simply swiping it to the right side. The new feature was introduced on the iOS app more than a year ago. The messaging platform is also said to support external sticker packs (users will be able to download external sticker packs).

What do you think of the new WhatsApp feature? Share your thoughts with us in the comments section below.