HTC, the Taiwanese smartphone maker has not really had the best of runs for a while but it a resillient one too. HTC has just announced a dual sim smartphone for the Chinese market. The HTC E1 has a 4.3 inch Super LCD 2 screen which will have a WVGA resolution. The smartphone is expected to reach Indian shores in near future as well seeing the fact that Indians are developing an affinity for dual sim smartphones. It is expected to reach India at a price of around Rs.20,000 and will compete with the Galaxy Grand. 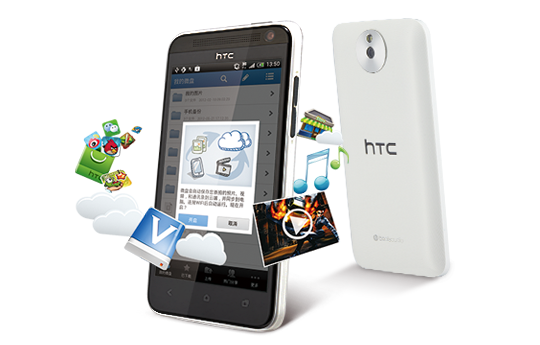 It will be powered by a 1.15 GHz dual core processor which will be complemented by a 1 GB RAM to give you seemless multitasking abilities. The processor is pretty much as good as the one found on the Galaxy Grand. It has a 5 megapixel rear camera and a 2.1 megapixel front camera for video calling. The front camera will be a wide angle camera which is found on the HTC 8X and gives better performance than most of the front cameras that can be found in the smartphones.

The internal storage capacity will stand at 8 GB with the option to expand the memory by another 32 GB and 64 GB being made available as well. It will run on the latest versiom of Android, Jelly Bean and will have the HTC’s skin, Sense on top of it in version 4+. It will have the regular connectivity package of Bluetooth, Wi-Fi and 3G. It will not only feature dual-sim support but will also come with dual stand-by which puts the call on waiting from the second sim when you are using the first one and vice versa.

It also comes with Beats audio branding which are becoming a standard on all HTC smartphones these days. HTC is struggling in the flagship department as Samsung and Apple are garnering a huge chunk of the flagship segment. But what could bring HTC a little bit of respite will be a strong mid range. Gone are the days when dual sim smartphones were a charachteristic of cheap Chinese phones. Now even mid rangers come with a dual sim support. You may not use the two sims on a daily sim but yes it is an added functionality. How about dual sim flagship, anyone?