HTC has silently launched a new smartphone in the Indian market, called the HTC One E9s Dual SIM. The device is now listed on company’s official India website. It is also available to buy from eBay India.

As far as specifications of the smartphone are concerned, it is powered by a 1.5GHz octa-core MediaTek (MT6752M) processor clubbed with 2GB of RAM. It runs Android Lollipop wrapped under HTC’s Sense UI and features a 5.5-inch HD display with 1280×720 pixels resolution and 267ppi pixel density. There us 16GB of internal memory on board which is expandable up to 2TB via microSD card. 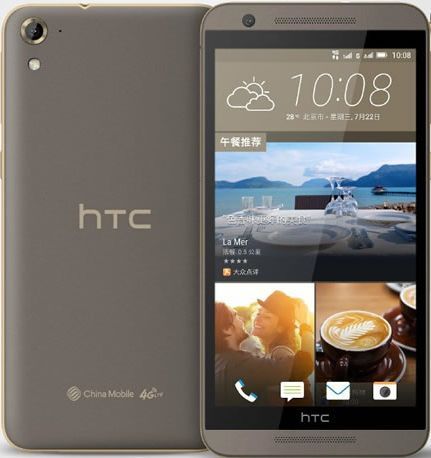 The One E9s Dual SIM sports a 13 mega pixel auto focus rear camera with LED flash, BSI sensor while there is also a 4 UltraPixel front facing camera. Backed up by a 2600mAh battery, it offers 4G LTE, Bluetooth, Wi-Fi and GPS as connectivity options. The device also comes with BoomSound speakers. It measures 157.7 x 79.7 x 7.64 mm in dimensions and weighs 165 grams.

The HTC One E9s Dual SIM is now listed on company’s official Indian website. It is also available to buy from online retailer eBay India for Rs. 21,142. HTC is yet to make an official announcement about the same.