HTC has launched HTC One Max in Indian market at the price INR 61,490 featuring a 5.9 inch full HD LCD display along with HTC’s latest UI HTC Sense 5.5 on top of android 4.3 Jelly Beam. There are two internal memory storage option HTC is offering to users that is 16GB and 32GB. The design of the HTC One Max is same as we have seen before on HTC One. But the best thing is it comes with a fingerprint scanner that let you lock and unlock your device using your fingerprints. It makes HTC One Max second device after Apple’s latest  iPhone that has a fingerprint scanner. We have to figure out if this scanner can perform well as iPhone’s scanner do. Because we have seen that iPhone’s fingerprint scanner can even recognize the finger of a cat too.  HTC is also giving its HTC One Max users 50GB storage of Google Drive free. 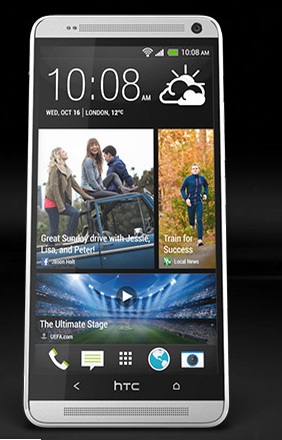 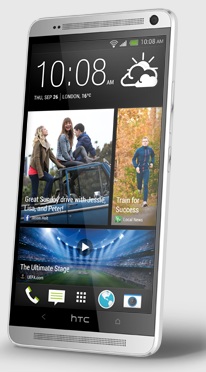 Talking about specifications it comes with a 5.9 inch full HD LCD display and powered by a 1.7 GHz Qualcomm Snapdragon 600 quad core processor. With 2GB RAM on board this device will be a good performer too. HTC build its latest User Interface Sense 5.5 on top of Android Jelly Bean 4.3. It comes with UltraPixel rear camera from HTC and there is 2.1 MP front facing camera too for video calling. There is 16GB and 32GB internal storage option with this device and you can also expand its memory up to 64GB via a SD card. This device is powered by a 3300mAh battery and it is not removable.

So now there is three device in HTC’s One series HTC One, HTC One Mini and HTC One Max. However Mini is not launched in India yet. But we hope HTC will launch it at an affordable price.