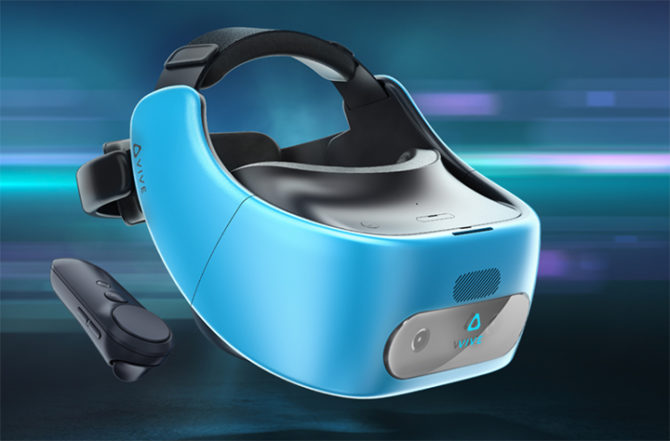 The new HTC Vive Focus was launched at the Vive Developer Conference in Beijing. The company showcased 14 live demos of the VR content (developed for Vive Wave) at the launch event. However, the company did not reveal any details about price or availability. The VR headset is likely to hit the Chinese market before a global launch.

The HTC Vive Focus is a truly standalone device. You do not need a PC or mobile device To enjoy the VR experience. HTC claims that the independence from external hardware allows it to reduce the total cost for the end users.

The new VR headset features a high-resolution AMOLED display. It is powered by a Qualcomm Snapdragon 835 processor and comes with a 3DoF controller. The HTC Vive Focus comes with built-in water-repellent padding and instant-on support.

To support the standalone headset, HTC has launched Vive Wave VR open platform. It announced that over 35 content developers have already build VR content optimised for its native platform. However, this is limited to the Chinese market. The company has already partnered with the likes of Quanta, Pimax, and Nubia.

Also, HTC has partnered with Unity Technologies (VR development platform) to enable one-click publishing of VR content on to Viveport library.Additionally, a View Wave SDK will help third-party vendors integrate their accessories with the new hardware.

The HTC Vive Focus will compete with similar offerings from Facebook and Google. However, the new HTC headset is bringing high-quality 6DoF VR experiences without the need for tethered devices. The portable form factor is a huge plus. We hope the new VR headset makes it to Indian shoes in coming months.