HTC has launched a new smartphone in the Indian market. The HTC Wildfire X comes with a ‘Mybuddy’ feature that offers personal security to users. Additional highlights include triple rear cameras, an octa-core SoC, and a waterdrop notch. Read more to find about HTC Wildfire X Price in India, Specifications, and Features 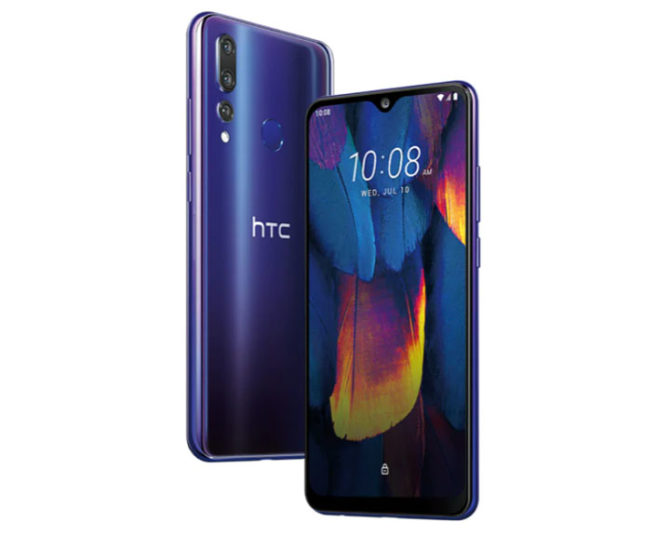 The HTC Wildfire X is priced in India at Rs 9,999 for the 3GB RAM/ 32GB storage variant. The 4GB RAM/ 128GB storage model comes with a limited-period price tag of Rs 12,999. Both models come in a single Sapphire Blue color option.

Sales start on August 22 via Flipkart. Customers will get a six-month no-questions-asked accidental and liquid damage protection service. The company is also offering a complimentary pick-up and drop facility.

The new smartphone is powered by an octa-core processor and 3GB/ 4GB RAM. The 32GB/ 128GB internal storage can be further expanded via a microSD card (up to 256GB).

In terms of optics, the HTC Wildfire X sports a triple camera set up on the back. It combines a 12-megapixel primary sensor (1.25-micron pixel size) with an 8-megapixel secondary sensor and a 5-megapixel depth sensor. Cameras features include 8x hybrid zoom and a dual-tone LED flash.

For selfies and video calling, the new handset sports an 8-megapixel front camera with an 86-degree wide-angle lens. The 3,300mAh battery comes with an AI technology and supports 10W charging.

The HTC Wildfire X sports a 3D OPVD mirror finish and Hyper Optical patterns at the back. It measures 156.7 x 74.9 x 7.95mm. A fingerprint sensor is placed at the back. Other sensors on the device include an accelerometer, ambient light, gyroscope, and proximity sensor.

Additionally, the Mybuddy feature allows users to pull out the device from the shell to trigger a loud alarm and send live location information. It also allows users to record and transmit audio/ video of the surroundings in real-time.

What do you think of the price and specs of HTC Wildfire X smartphone? Share your views with us in the comments section below.