iBall has launched its latest voice-calling tablet- iBall Slide Brillante in the Indian market. As for specifications, it is powered by a 64-bit 1GHz dual-core Intel Atom x3-C3130 processor paired with 1GB of RAM. The tablet features a 7-inch display and runs Android 4.4 KitKat operating system. On storage front, it comes with 8GB of internal memory which is expandable up to 32GB using microSD card.

The device sports a 2 mega pixel camera on both front and rear ends. Backed up by a 3000mAh battery, it supports up to 15 regional languages. The tablet offers dual SIM (2G+3G) support, Wi-Fi, Bluetooth, GPS and OTG as connectivity options. It also comes with voice-calling support. 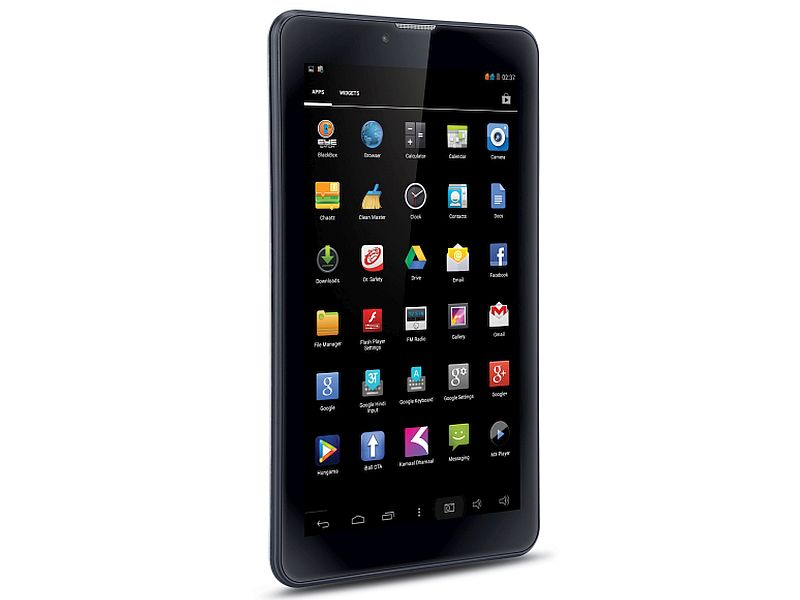 The iBall Slide Brillante is priced at Rs. 5,799 and will go on sale via retail stores across the country in the coming days.

“We are proud to launch Intel processor based first calling tablet in 7-inch in India. iBall Slide Brillante with the 64 bit Intel Processor and 3G calling function we believe would deliver world-class experience offering users a plethora of features at a very affordable price,” said Sandeep Parasrampuria, Director, iBall.