Electronics company iBall has launched its latest iBall Slide Octa A41 Voice-Calling 3G Tablet in India. It is the first Octa- Core based tablet offering from the company. iBall has also recently launched its another Android based device- iBall Andi 4F Waves smartphone in India. Both the latest Android offering from iBall can be availed through FlipKart.

The Slide Octa A41 tablet is powered by an Octa-Core processor clocking at 1.7 GHz accompanied with 2 GB RAM for smooth and fast multi-tasking. It runs on Android 4.4 KitKat operating system. This device features a 7 inch capacitive multitouch display with 1200 x 1920 pixel resolution which is ideal for watching movies or playing games on the tablet. It entails 16 GB internal storage which can be expanded further up to 32 GB using a microSD card. 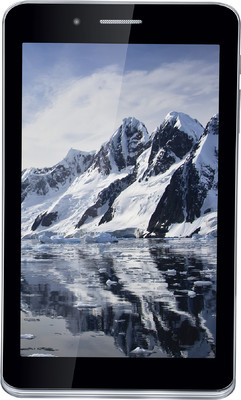 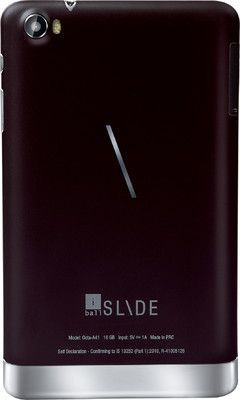 As far as imaging section is concerned, it houses an 8 mega pixel primary camera with auto focus, flash and an impressive 5 mega pixel front facing camera allowing users to capture good quality selfies and make video calls as well. It comes with a long-lasting 3200 mAh battery and connectivity options include GPS, 3G, WiFi 802.11 b/g/n and Bluetooth 4.0. It is also enabled with voice calling with single micro SIM slot.

This tablet provides enormous features to the user which is pretty good for any tablet to be in this price range. It is a blend of performance and features with an impressive price tag.

There are many tablets in the Indian market to rival with this newest offering from iBall. It will compete with Asus FonePad 7 which is powered by 1.2 GHz Dual-Core processor with 1 GB RAM and runs on Android 4.3 Jelly Bean operating system. It sports a 5 mega pixel rear camera and 1.2 mega pixel front facing camera. It is available at slightly lower price than the Slide Octa A41 yet it is not that competent due to the advanced and better features of Slide Octa.

This tablet offering from iBall is available at e-commerce marketplace FlipKart at the price tag of Rs. 12,999.