Intex has expanded its Aqua series with the launch of Intex Aqua Q4 smartphone. Under the hood, the dual-SIM handset is powered by a 1.2GHz quad-core Spreadtrum (SC7731) processor paired with 512MB of RAM. Running Android 4.4.2 KitKat operating system, it features a 4.5-inch FWVGA display with 854×480 pixels resolution. There is 4GB of inbuilt storage on board which can be expanded up to 32GB via microSD card.

On photography front, it sports a 5 mega pixel auto focus rear camera with LED flash and a 2 mega pixel front facing camera. Camera features on the smartphone include panorama shot, HDR, volume up & down button for taking pictures. 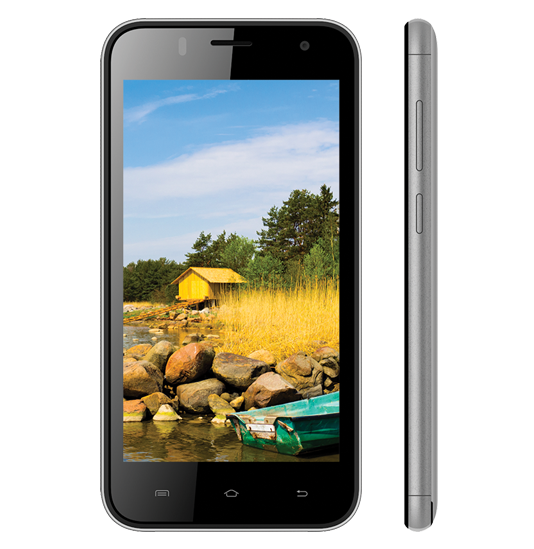 Backed up by an 1800mAh battery, the Aqua Q4 is claimed to deliver up to 5 hours of talk time and up to 200 hours of stand by time. Connectivity options include 3G, Wi-Fi, Bluetooth, GPRS/EDGE and Micro-USB. The dimensions of the phone are 133×67.5×9.7mm, it weighs 140 grams and is listed in Black, White, Grey and Champagne color options. It comes pre-loaded with several apps such as Intex zone, Intex Service, Opera mini, Ask Me, OLX, Newshunt, Clean Master and Empire defence. Priced at Rs. 5,290, the Intex Aqua Q4 is now listed on company’s website. There is no word on availability details of the handset as of now. We expect it to go on sale in the coming days.