Karbonn has launched a new smartphone in its Quattro series, dubbed the Karbonn Quattro L45 IPS. As far as specifications are concerned, it is powered by a 1GHz quad-core processor paired with 1GB of RAM. The phone runs Android 5.1 Lollipop operating system and features a 4.5-inch FWVGA IPS display with 854×480 pixels resolution.

On storage front, it houses 8GB of internal memory, which can be expanded up to 32GB using microSD card. The handset sports a 5 mega pixel primary camera with auto focus and LED flash while there is also a 2 mega pixel front shooter accompanied with LED flash. 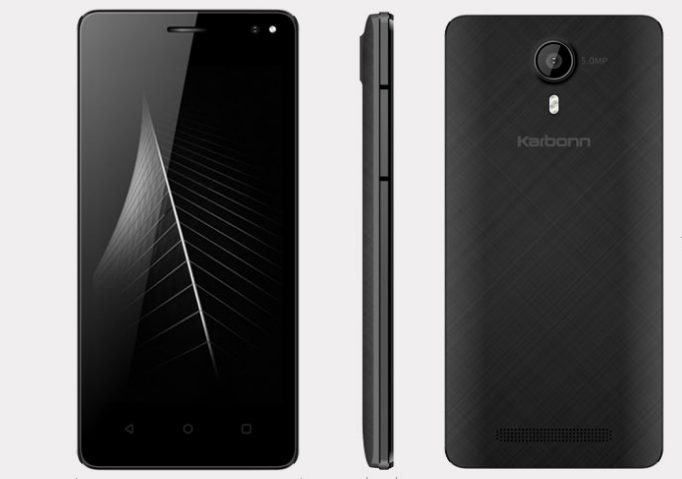 Fueled by an 1800mAh battery, the Quattro L45 IPS is promised to deliver up to 3 hours of talk time and up to 350 hours of standby time. Connectivity options include 4G LTE, Wi-Fi, Bluetooth and Micro-USB. It measures 136.5×66.9×9.35 mm, weighs 118 grams and will be available in Black and Blue color options.

There is no word on pricing and availability of the Karbonn Quattro L45 IPS as of now. We expect more information to be announced in the coming days.

Karbonn also launched its Quattro L52 and Titanium Mach Six smartphones in April 2015. Highlight of both devices is that they come bundled with a free VR headset for whole new virtual reality experience for the users. Read more about the phones here.