Handset maker Karbonn has expanded its Titanium series with the launch of Karbonn Titanium Mach Two smartphone in the Indian market. The handset has been launched two months after the launch of Titanium Mach One phone. The Mach Two smartphone is powered by octa-core MediaTek processor clocked at 1.4 GHz alongside 1 GB of RAM. Running on Android 4.4 KitKat, it features a 5 inch display with 1280 x 720 pixels resolution and Corning Gorilla Glass 3 protection. Scroll down to find more information on specs, features, price and availability of the smartphone. 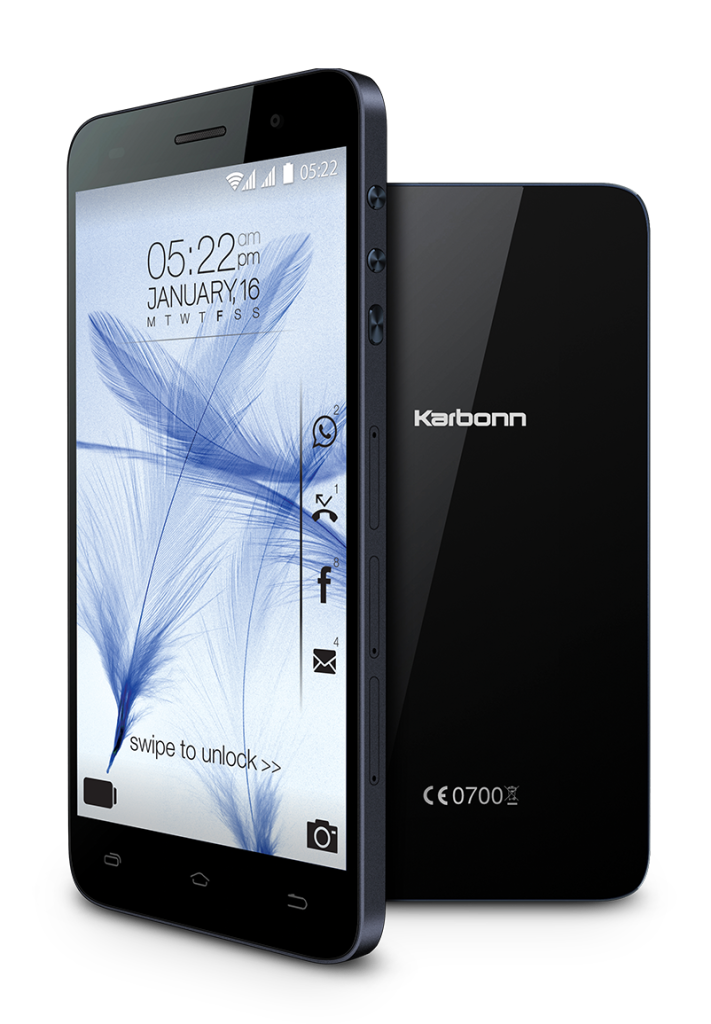 On storage front, it houses 8 GB of inbuilt storage which is expandable up to 32 GB via microSD card. Mach Two sports an 8 mega pixel auto focus camera with LED flash and Sony BSI Sensor at the rear as well as an 8 mega pixel auto focus camera at the front. It packs a 1900 mAh battery and measures 138 x 70.5 x 6.3 mm in dimensions. Connectivity options on the handset include 3G, Wi-Fi 802.11 b/g/n, Bluetooth 4.0 and Micro-USB. It comes preloaded with Accelerometer, G-Sensor, Proximity and Light sensor.

The Karbonn Titanium Mach Two is priced at Rs. 10,490, however it is available to buy through online retailers such as eBay.in and Shopping.indiatimes at the lowest price of Rs. 9,715. Stay tuned with us for more updates!