Lava seems to be on a launching spree. After launching Lava Iris 348 smartphone, Lava has launched Lava Iris 100 Lite smartphone. The handset is powered by a 1GHz single-core (Cortex A5) processor accompanied with 256MB of RAM. It runs rather dated Android 2.3 Gingerbread and features a 4-inch WVGA TFT display with 800×480 pixels resolution and 231ppi pixel density.

It sports a 2 mega pixel primary camera with LED flash and a 0.3 mega pixel front facing camera. There is 512MB of inbuilt storage which is expandable up to 32GB via microSD card. Backed up by a 1400mAh battery, the Iris 100 Lite is claimed to deliver up to 240 hours of standby time. The handset measures 123.6×63.5×10.9mm; weighs 100 grams and is listed in Black and White color variants. It offers Wi-Fi, Bluetooth and Micro-USB options and misses out on 2G support. 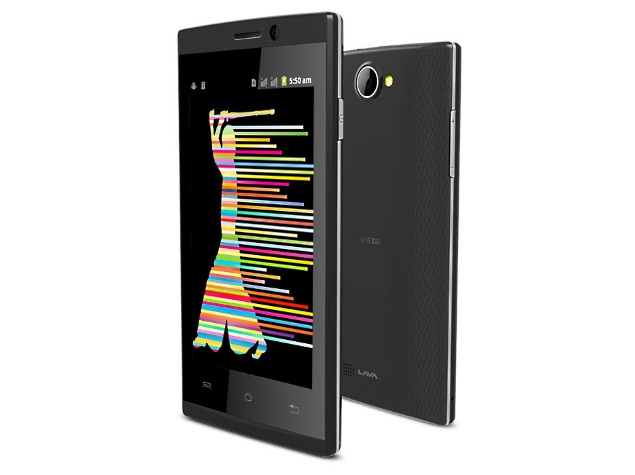 Lava also launched its Iris 348 smartphone for Rs. 3,099. The handset is powered by 1GHz single-core processor paired with 256MB of RAM. It features 3.5-inch TFT display with 480×320 pixels resolution and runs Android 4.4 KitKat operating system. There is 512MB of inbuilt storage which is expandable up to 32GB via microSD card. It sports a 2 mega pixel primary camera and a VGA front facing camera. The handset is backed up by a 1100mAh battery and offers 2G, , Wi-Fi, GPRS/EDGE and Micro-USB.

The Lava Iris 100 Lite is listed on company’s website for Rs. 3,049. There is no word on availability of the handset. We expect it to go on sale in the coming days.