The bigger it is, the better it is seems to be the mantra every Indian smartphone manufacturer seems to be following. Lava, the Indian electronics manufacturer seems to be catching up fast on the latest mantra and in sync with that, have recently launched the first Android Jelly Bean handset from the company and it is a 5 inch phablet. It will be the flagship of the Xolo series and the handset has been named Xolo A1000. It will retail for Rs.13,999.

Lava Xolo A1000 comes with a 5 inch IPS capacitive display unit and the resolution of 1280 x 720 pixels puts it right at par with the recently launched Micromax Canvas HD. But where it does not match up to the Micromax flagship is the processing power. It gets a 1GHz MediaTek NT6577 dual-core processor which is coupled with 1GB of RAM to our relief and the multi tasking abilities go to an all together different level with the increased RAM. And yes it will get a Dual Sim functionality as well. 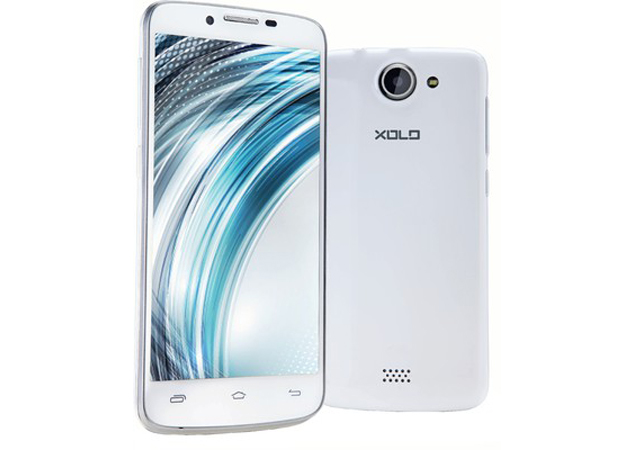 The internal storage is 4 GB which can be expanded upto 32 GB via a microSD card. The rear side of the smartphone has a 8 MP snapper with a LED flash. There’s also a 1.2 MP front camera for video calling and last minute vanity checks. Connectivity options are rounded off by the presence 3G, Wi-Fi, Bluetooth 4.0, GPS and USB. The battery capacity is a 2,100 mAH which company claims will have talktime of around 14 hours on the 2G network with the phone having a talk time ability of around 10 hours on 3G network.

The phone has been made with the help of One Glass Solution (OGS) technology which ensures the device remains quite sleek. The device has a thickness of 8.8mm which is quite good for a budget smartphone. The smartphone aims at the 5 inch budget smartphone segment but all its gimmicks are of no use when it comes to the processing power as compared to the Micromax A116. The only thing that might play in its favour will be the Out Of Stock message that has been occuring at the buy now page of the Micromax A116. But none the less, it is quite a capable device and might find a lot of takers as Xolo s a bit more premium a brand than Micromax.