Lenovo has launched the third smartphone in its K8-series, after the K8 Note and K8 Plus. The new Lenovo K8 is the lowest-end handset in the series. It comes with a huge 4000mAh battery and Helio P20 SoC. Read more to find about Lenovo K8 Price in India, Specifications, and Features 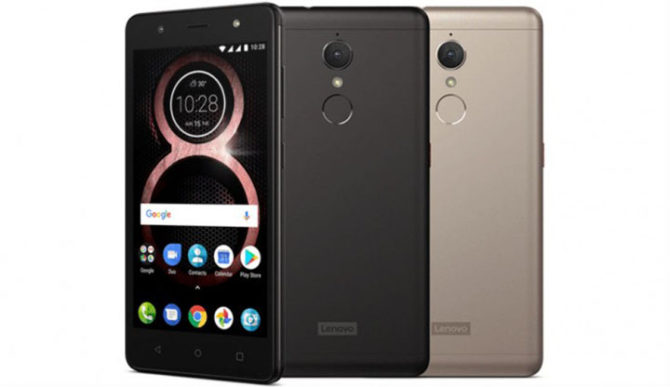 The Lenovo K8 is priced in India at Rs 10,499. It is exclusively available via offline channels/ retail stores. The new smartphone was announced via Twitter.

The Lenovo K8 features a 5.2-inch IPS display with HD (720 x 1280pixels) resolution and 2.5D glass. It is powered by a 2.3GHz octa-core MediaTek Helio P20 processor and 3GB of RAM. The 32GB internal storage can be further expanded via a microSD card (up to 128GB). It is backed by a 4000mAh non-removable battery which offers 1.5 days of usage on a single charge.

In terms of optics, the new smartphone sports an 8-megapixel front camera with a LED flash. Unlike other two K-8 series smartphones, the new Lenovo K8 doesn’t sport a dual camera setup on the back. It comes with a 13-megapixel rear camera with phase detection autofocus system (PDAF) and a LED flash.

The Lenovo K8 runs on stock version Android 7.1.1 Nougat operating system out-of-the-box. A fingerprint scanner is placed on the back. Other sensors on the phone include Compass Magnetometer, Proximity sensor, Accelerometer, Ambient light sensor and Gyroscope.