Lenovo has launched its Lenovo Vibe K5 smartphone in the Indian market. It is a toned down variant of the Vibe K5 Plus and shares similar set of specifications except a few changes. 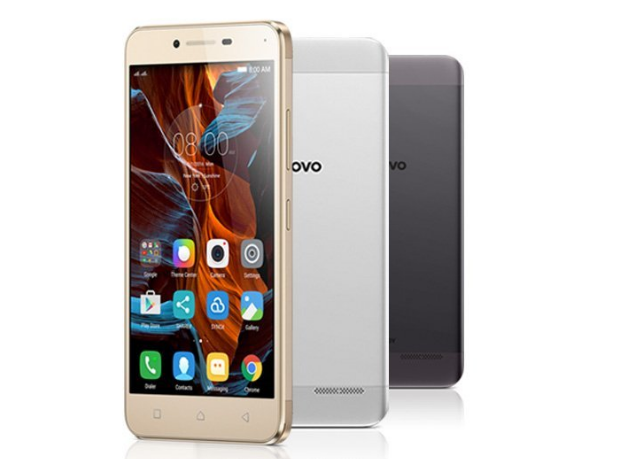 On camera front, the Vibe K5 sports a 13 mega pixel rear camera with LED flash and a 5 mega pixel front facing camera. It houses 16GB of internal memory which can be expanded up to 32GB via microSD card. Backed up by a 2750mAh battery, it measures 142x71x7.9 mm and weighs 142 grams. Connectivity options include 4G LTE, Wi-Fi, Bluetooth and GPS. It comes in Gold, Silver and Grey color options. The device features Dolby Atmos powered dual stereo speakers. It supports Lenovo TheaterMax as well.

The Lenovo Vibe K5 Plus on the other hand, packs an octa-core Qualcomm Snapdragon 616 processor and 5-inch Full HD IPS (1920×1080 pixels resolution) display. Rest of the specifications of both smartphones are same.