Lenovo has unveiled a new smartphone, dubbed the Lenovo Vibe S1 at IFA 2015 event in Berlin. Flaunting its dual front facing cameras, the Vibe S1 is aimed at the selfie lovers. One of the two front cameras has resolution of 8 mega pixel while the other one is a 2 mega pixel depth sensor. As per the company, “the 8 mega pixel primary front camera takes the sharpest photos and a 2 mega pixel secondary front camera analyses depth of field information.” 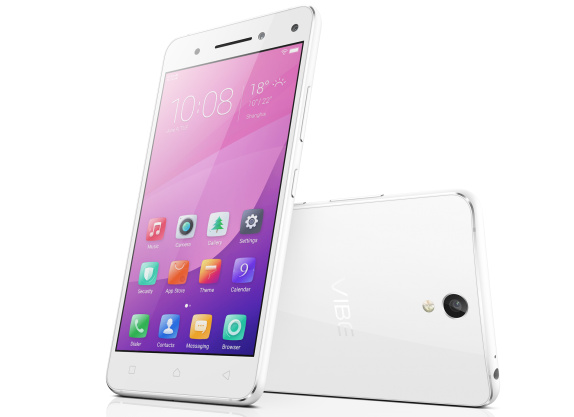 There is 32GB of inbuilt memory which is expandable up to 128GB via microSD card. It sports a 13 mega pixel rear camera with dual tone LED flash. Backed up by a 2500mAh battery, it measures 143.3×70.8×7.8 mm in dimensions and weighs 132 grams. Connectivity options include 4G, W-Fi, Bluetooth and GPS. On design front, it flaunts its curved glass back.