Lenovo has launched its Lenovo Yoga Tab 3 tablet in India alongside Lenovo Tab 2 A7-20. It was announced at IFA 2015 last month in September.

It is powered by a quad-core Qualcomm Snapdragon 212 (APQ8009) chipset clocked at 1.3GHz paired with Adreno 304 GPU and 1GB of RAM. Running Android 5.1 Lollipop operating system, it features an 8-inch HD IPS display with 1280×800 pixels resolution. It comes with 16GB of inbuilt storage which can be expanded up to 128GB via microSD card and an 8 mega pixel auto focus 180 degree rotatable rear camera. Backed up by a 6200mAh battery, the Yoga Tab 3 is claimed to deliver up to 20 hours of usage time and up to 95 days of standby time. It measures 210x146x3.0 mm in dimensions. Moreover, the tablet comes with AnyPen technology which allows users to use any pen, pencil or metallic object as a stylus for the tablet. It also comes equipped with Dolby Atmos front facing speakers. It supports voice calling as well as 4G LTE connectivity with support for 1800 MHz (Band 3) and 2300 MHz (Band 40) LTE in India. 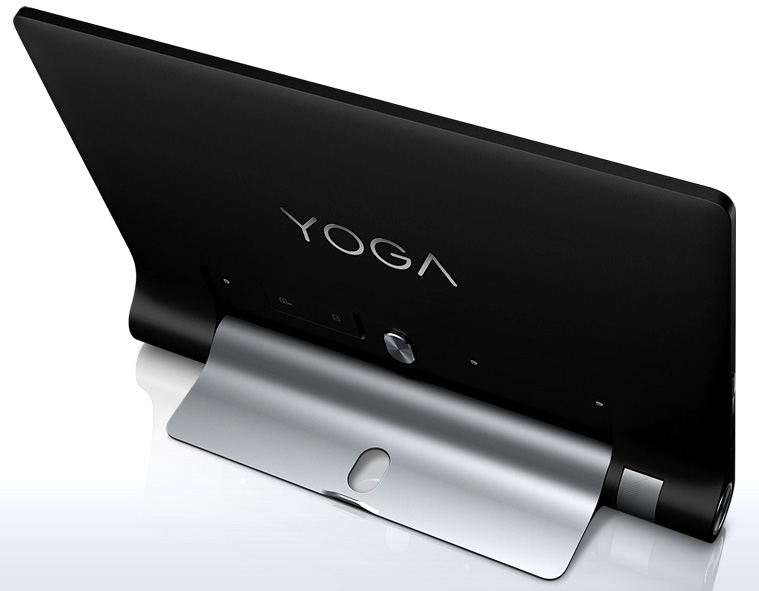