LG G Pad 8.3, company’s next innovation competing with Samsung’s Galaxy Tab has been out by end August 2013 ahead of IFA this year which ended up a day ago. Today there has been news that LG’s G Pad 8.3 shall be available in over 30 countries by the end of this year. 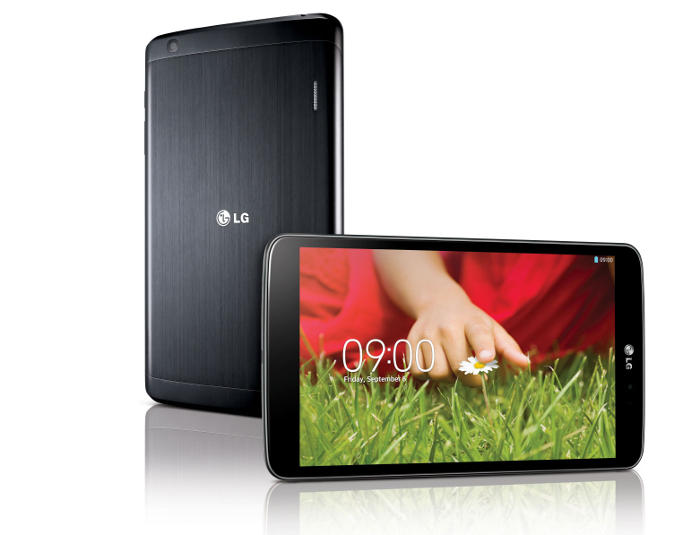 LG’s G Pad 8.3 is a 8.3-inches tablet as the name suggests but honestly the specifications tell that it is lot more than just a tablet. G Pad packs a SnapDragon 600 processor with 2GB of RAM and 16 GB internal memory. Along with this is features a WUXVGA 1920×1200 pixels resolution capacitive touch screen display being the second tablet apart from Nexus 7 2013 having a full HD display on a tablet. It has a 5.0 MP rear camera and a 1.3MP front facing camera and comes powered by a 4600 mAh capacity battery. Read below for more details on specifications.

Pricing still has yet to be known but it would be rolled out globally starting next month in South Korea, North America, Europe, Central and South America, Asia, CIS, Africa and more. It would be available in over 30 countries by the end of 2013.