One week ahead of the launch of LG’s flagship G4, the company has taken wraps off a new mid-ranged smartphone dubbed the LG G Stylo. As the name implies, the G Stylo does come with a stylus pen. Another highlight of the handset is its microSD card support for up to 2TB. 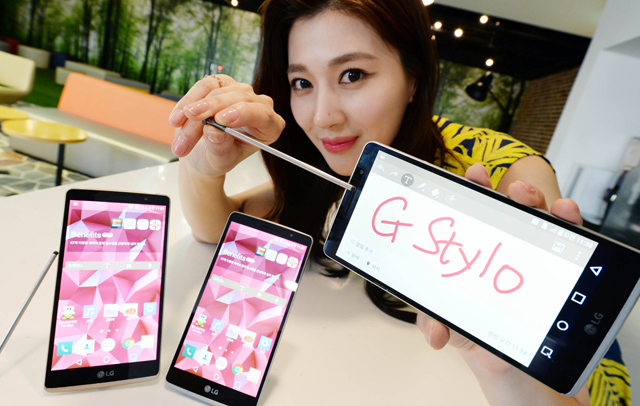 On imaging front, the G Stylo sports an 8 mega pixel rear camera with LED flash and a 5 mega pixel front facing camera. There is 8 GB of inbuilt storage onborad which is expandable via microSD card (up to 2TB). Connectivity options which the handset offers include 4G LTE, Wi-Fi, Bluetooth, NFC, A-GPS and USB 2.0. Backed up by a 3000 mAh battery, the handset measures 54.3 x 79.2 x 9.6 mm and weighs 163 grams.

LG’s G4 smartphone is set to be launched on April 28, specifications of which were accidentally revealed by the company on its official website. As per the product page, which has now been taken down, G4 will come with a 5.5-inch Quad-HD IPS display, 16 mega pixel rear camera with optical image stabilization and IR sensor, 8 mega pixel front facing camera, microSD card slot and a 3000 mAh battery. Dimensions of the handset are 149.1×75.3×8.9 mm.

The LG G Stylo is priced at KRW 400,000 which translates it approximately to Rs. 23,200. It will will go on sale in South Korea first followed by other global markets starting May 5.