LG has launched its latest high-end smartphone in the V series, dubbed the LG V10. Highlight of this phone is its secondary display and dual front facing cameras. It sports a 5.7-inch QHD IPS display with 2560×1440 pixels resolution and 513 ppi pixel density which is the main screen of the phone. Additionally, there is also a secondary 2.1-inch IPS Quantum display towards the top on the front of the phone. The secondary screen has resolution of 160×1040 pixels and pixel density of 513 ppi.

Under the hood, it is powered by a hexa-core Snapdragon 808 processor clocked at 1.8GHz paired with Adreno 418 GPU and 4GB of RAM. On software front, it runs Android 5.1.1 Lollipop operating system. 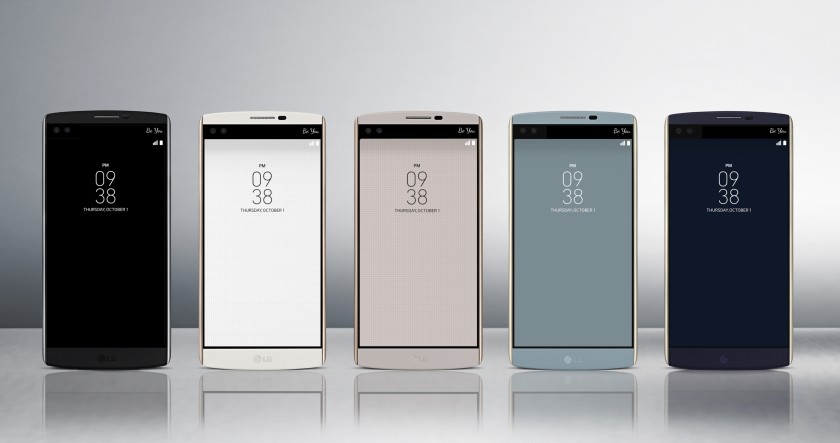 Coming to the camera department, it sports a 16 mega pixel rear camera with f/1.8 aperture, laser auto focus, OIS and 4K video recording. The device also sports 5 mega pixel dual cameras in the front with dual lenses and are capable of capturing 80 degree selfies and wide angle 120 degree selfies. It houses 64GB of internal memory which is expandable up to 2TB via microSD card.

Backed up by a 3000mAh battery, it comes with Quick Charge 2.0 feature, measures 159.6×79.3×8.6 mm and weighs 192 grams. The LG V10 also comes with a fingerprint sensor located at the back. It will be available in several color options- Space Black, Modern Beige, Luxe White Opal Blue and Ocean Blue. 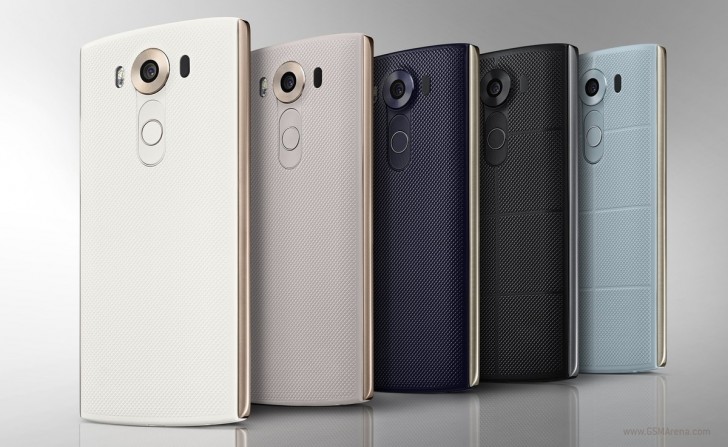 The LG V10 will go on sale in Korea this month followed by United States, Latin America, Middle East and select countries in Asia. There is no word on pricing and availability of the phone in Indian market.