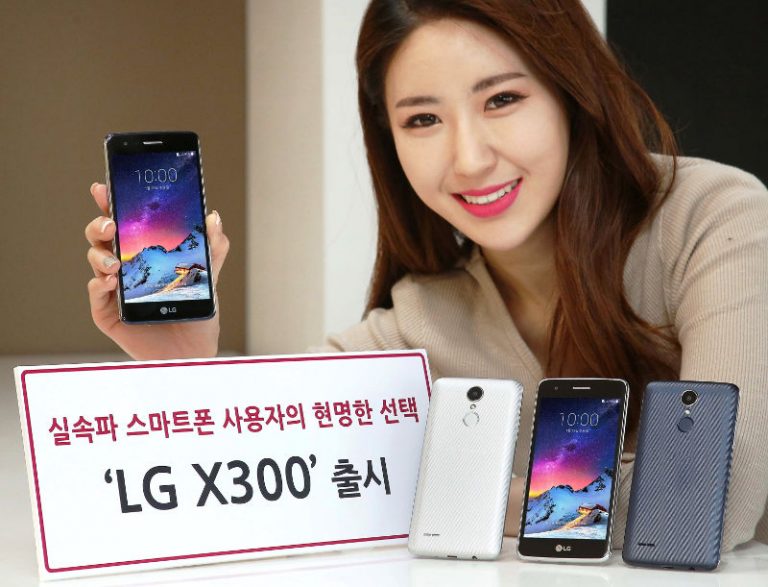 The X300 houses 2GB of RAM and 16GB of internal memory. It supports expandable storage via microSD card. On the imaging front, the handset sports a 13 mega pixel rear camera with LED flash. There is also a 5 mega pixel front snapper for capturing selfies and making video calls. Camera features include Auto Shot, Gesture Shot and some other shooting modes. Fueled by a 2500mAh battery, it supports 4G LTE, Wi-Fi 802.11 b/g/n, Bluetooth 4.2, GPS and NFC as connectivity options.

On design front, the phone flaunts its rounded edges with patterned back cover for protection against scratches and comfortable grip. It measures 144.8×72.1×8.09 mm and weighs 142 grams. For additional security, the device packs a fingerprint sensor on the rear.

The LG X300 carries a price tag of 253,000 Korean Won (approximately Rs. 14,700). It comes in Dark Blue and Silver color options. There is no word on global roll out of the smartphone as of now.