Meizu has launched its Meizu m2 smartphone in the Indian market. The device succeeds the Meizu m1 smartphone. Under the hood, it is powered by a 64-bit 1.3GHz quad-core MediaTek MT6735 processor coupled with 2GB of RAM and Mali-T720 GPU. The handset runs Android 5.1 Lollipop operating system wrapped under FlyMe OS 4.5.

It features a 5-inch HD display with 1280×720 pixels resolution and 296ppi pixel density. The screen is protected by AGC Dragontrail glass. For storage purpose, it houses 16GB of inbuilt memory which can be further expanded via microSD card. 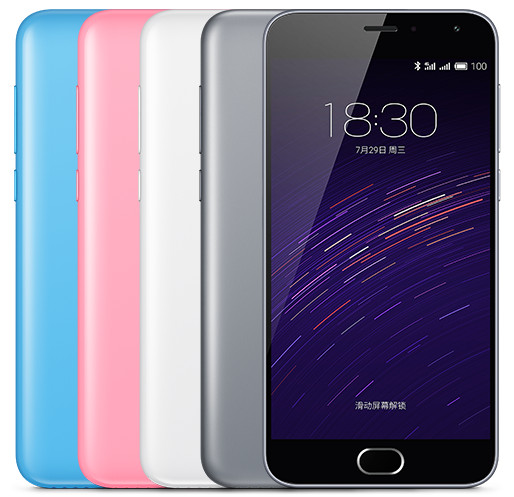 On camera front, it sports a 13 mega pixel rear camera with LED flash, f/2.2 aperture and 5p lens. It also comes with Gorilla Glass 3 protection on lens glass. There is a 5 mega pixel front facing camera with f/2.0 aperture for capturing selfies and making video calls. It is backed up by a 2500mAh battery and is rated to deliver up to 10 hours of internet surfing on 4G network and up to 680 hours of standby time. The phone measures 140.1×68.9×8.7mm and weighs 131 grams.

Features And Specifications Of Meizu m2

The Meizu m2 is priced at Rs. 6,999. It will be available to buy from online retailer Snapdeal starting October 12, 2015. Registration for sale are open now.