With the advent of 3G calling tablets started by Samsung with the Galaxy Tab, every tablet manufacturer is trying to add more USPs to their product and get their device up in the market. Following the trend Mercury mTAB Star, a new 7-inch tablet has been launched in India by Kobian for the masses. 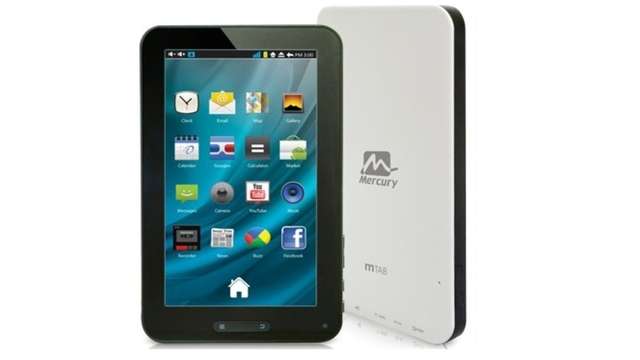 Mercury mTAB star features a 7-inch ( 1024 x 600 pixels) capacitive touch screen display, running by a 1 GHz dual-core processor on Android 4.1 Jelly Bean. It comes with a 2-megapixel pixel rear camera with LED flash and a 0.3-megapixel (VGA) front-facing camera. It also has 3G connectivity feature and voice calling feature through a mini SIM card slot and is powered by a 3000 mAh battery.

The Mercury mTAB Star is not available yet but is expected to be appear at stores and online retail websites in first week of September 2013. The price is not known till now and would be revealed at the time of availability but this is confirmed that it comes with an year warranty. Hope they keep the price somewhat around what other Indian manufacturers like Micromax and Lava who have for their devices already available in market so that it looks comparable.