Micromax has launched a new smartphone in the Bolt series, called the Micromax Bolt Q383. Under the hood, it is powered by a 1.2GHz quad-core processor paired with 512MB of RAM. Running Android Lollipop operating system, the handset features a 5-inch FWVGA display with 854×480 pixels resolution.

On camera front, it sports a 2 mega pixel rear camera with LED flash and a 0.3 mega pixel front facing camera. The phone houses 4GB of internal memory which can be expanded further up to 32GB via microSD card. 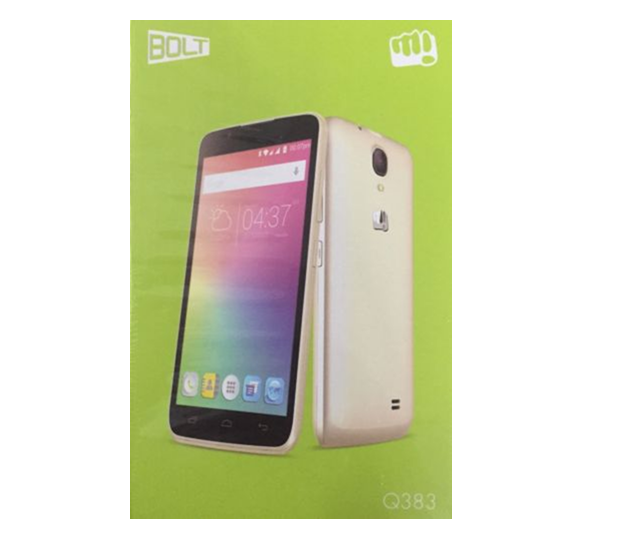 The Micromax Bolt Q383 is available to buy from eBay.in at Rs. 4,171. Micromax is yet to make an official announcement about the same.

The Bolt Q383 packs entry level specifications. The specifications of the phone are just average and are not very impressive. Average camera combination and lack of 4G support are two major drawbacks of this device. There are many other smartphones in this price range which offer better specifications as well as 4G LTE support. You can check out some cheapest 4G enabled smartphones priced under Rs. 5,000 here.