Micromax has expanded its Canvas series with the launch of Micromax Canvas Nitro 2 smartphone in India. As for specifications, it is powered by a 1.4 GHz Octa-core MediaTek MT6592M processor paired with Mali 450 GPU and 2GB of RAM. It comes with 5-inch IPS display with 1280 x 720 pixels resolution and runs Android 4.4 KitKat operating system. The Nitro 2 sports a 13 mega pixel auto focus rear camera with LED flash and a 5 mega pixel front facing camera.

On storage front, it houses 16GB of inbuilt memory which is expandable up to 32GB via microSD card. Backed up by a 2400 mAh battery, it is claimed to deliver up to 9 hours of talk time and 250 hours of standby time. Connectivity options include 3G, Wi-Fi, Bluetooth and GPS. 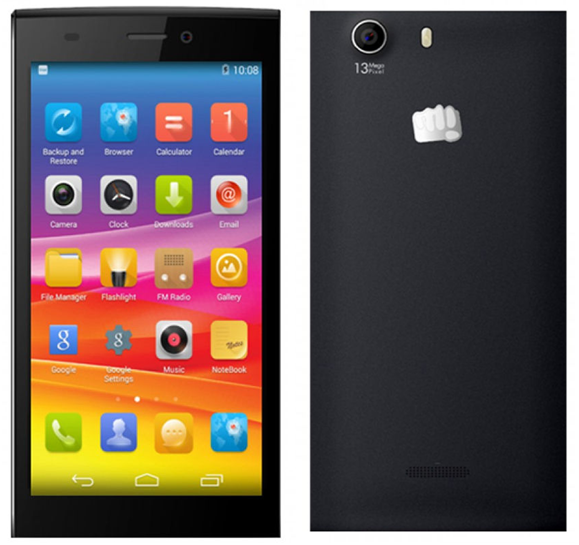 Micromax also launched its Unite 3 smartphone for Rs. 6,569 in India earlier this month. Highlight of the handset is its support for 10 languages as well as its unique feature which translates or transliterates the messages in different languages with just a swipe to the right or left. Specifications of the phone include 1.3 GHz quad-core MediaTek MT6582M processor, Android 5.0 Lollipop operating system, 4.7-inch WVGA IPS (800×480 pixel resolution) display, 1 GB of RAM, 8 GB inbuilt memory (expandable up to 32 GB via microSD card), 8 mega pixel auto focus rear camera with flash, 2 mega pixel front facing camera and a 2000 mAh battery.

Priced at Rs. 10,990, the Micromax Canvas Nitro is now available to buy in India in Moondust Grey and Pristine White color options.