The Lumia 540 will come bundled with several offers like Rs. 1000 cash back on recharges and Rs. 200 off every month for 5 months on using Paytm; 2 months free subscription on Gaana with unlimited music downloads; double data for two months for airtel customers; and Cashback worth Rs. 800 on Ola Money for Rs. 200 per recharge for first four recharges of Rs. 500 or higher. Read on to find more information on specifications and features. 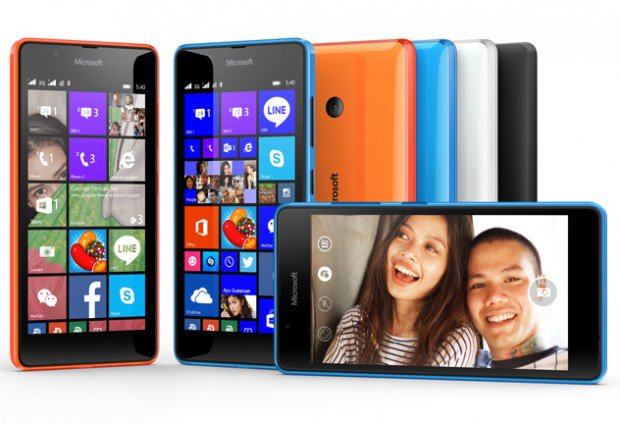 Originally unveiled in April 2015, the Microsoft Lumia 540 Dual-SIM is likely to launch in India tomorrow. Microsoft has sent out invites for an event scheduled on May 14th in New Delhi where is it expected to launch the handset. The invite reads “Come. Meet us to welcome the newest member of the Microsoft Lumia family,” and is accompanied with an image of Lumia 540 in cyan color.

The phone is internationally available priced at  $149 (approximately Rs. 9,500). There is no word on pricing of the handset for India as of now and is expected to be revealed tomorrow.

There is 8 GB of inbuilt memory onboard which comes with expandability support of up to 128 GB via microSD card. It will also come with up to 30 GB of free cloud storage (15 GB OneDrive cloud storage
+ additional 15 GB after activating auto-upload to OneDrive). The Lumia 540 Dual-SIM packs a 2200 mAh battery which is rated to deliver up to 14.8 hours of talk time and up to 24 days of standby time on 3G networks.

Connectivity options which the Lumia 540 Dual-SIM offers include 3G, Wi-Fi, Bluetooth and Micro-USB. It measures 144 x 73.7 x 9.4 mm, weighs 152 grams and will be available in cyan, orange, white and black color variants.

“The Lumia 540 Dual SIM is a testament to our passion for product-making that is reflected across the entire Lumia product portfolio and will continue with future devices. With the Lumia 540 Dual SIM, we’ve made it possible to deliver a smartphone with strong design and technology credentials that is also fun to use, and incredible value for money,” said Jo Harlow, corporate vice president for Phones at Microsoft.