Micromax has expanded its tablet portfolio with the launch its new tablet dubbed the Micromax Canvas Tab P480. Canvas P480 succeeds the Canvas Tab P470 which was launched in December 2014.

As for specifications, the Canvas P480 is powered by quad-core MT8382W/M processor clocked at 1.3 GHz alongside 1 GB of RAM. The tablet currently runs Android 4.4.2 KitKat with a promised upgrade to Android 5.0 Lollipop update through FOTA in near future. It features a 7 inch IPS display with a resolution of 1024 x 600 pixels. 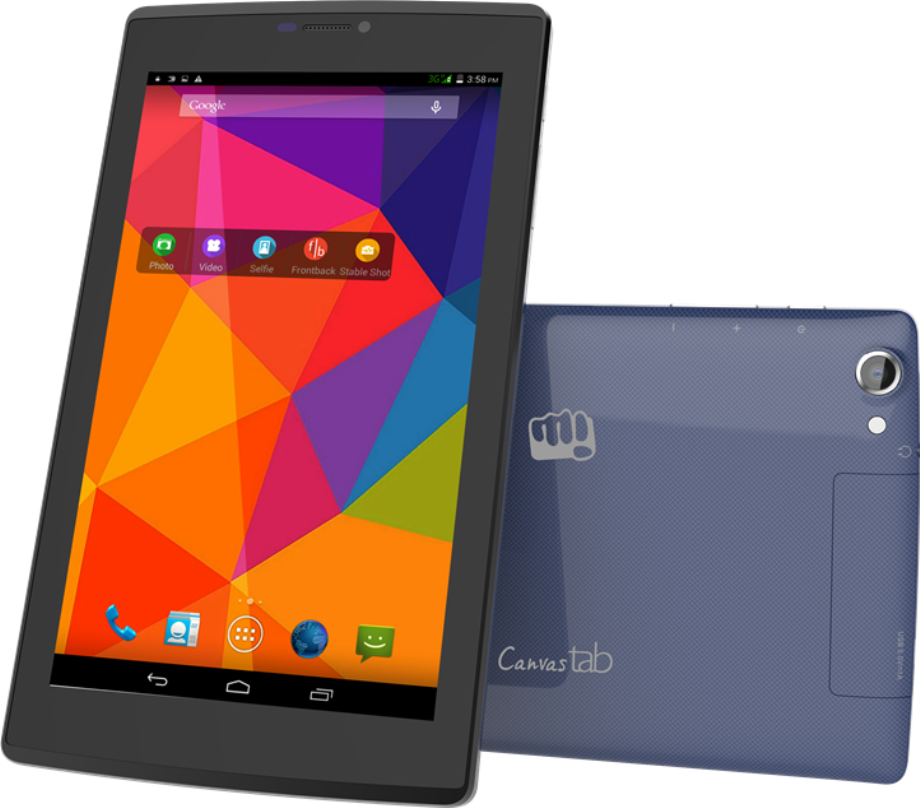 On storage front, the Canvas Tab P480 houses 8 GB of inbuilt storage which is expandable up to 32 GB via microSD card. There is a 5 mega pixel auto focus camera on the rear and a 2 mega pixel fixed focus camera at the front end. Backed up by a 3000 mAh battery, the tablet is claimed to deliver up to 169 hours of standby time and up to 9 hours of talk time on 2G networks. The Canvas tab P480 offers 3G, Wi-Fi, Bluetooth 4.0 and Micro-USB as connectivity options. Flaunting its premium gloss finish, the tablet will be available in Blue and White color options.

Priced at Rs. 6,999, the Micromax Canvas Tab P480 will go on sale in the coming days through offline and online stores.