Under the hood, it is powered by a 1.2GHz quad-core Qualcomm Snapdragon 400 processor paired with 1GB of RAM. The phone features a 5.7-inch HD display with 1280×720 pixels resolution and runs Windows Phone 8.1 operating system. It can be upgraded to Windows 10 Mobile when it will be released later this year. 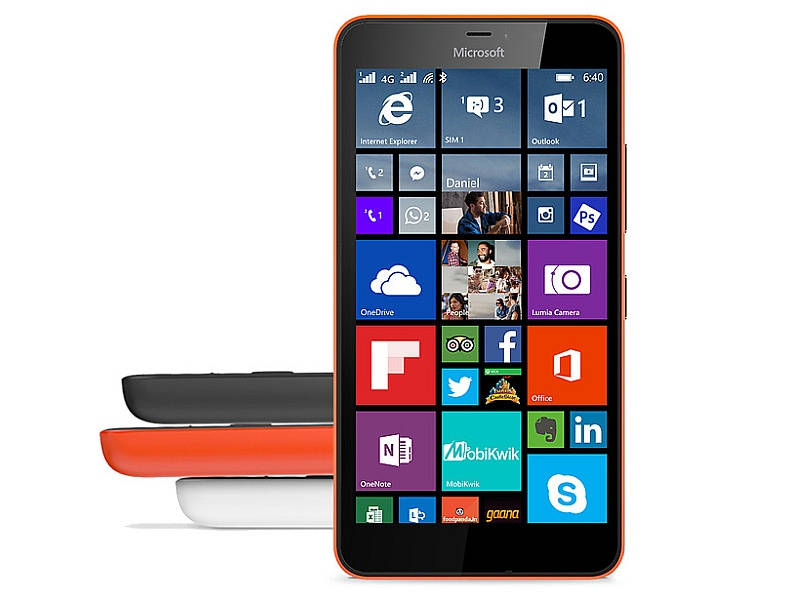 The Lumia 640 XL LTE Dual SIM houses 8GB of internal memory which is expandable up to 128GB using microSD card. It sports a 13 mega pixel rear camera with LED flash and a 5 mega pixel front facing camera. Backed up by a 3000mAh battery, it is claimed to deliver up to 24 hours of talk time on 3G networks and up to 37 days of standby time.

Speaking at the launch, T S Sridhar, Microsoft Mobile Devices, Director (sales), South, said, “We understand the needs of the Indian consumers and with the Lumia range we have always focused on complementing the needs of the customers across segments by delivering new experiences and features. Lumia 640XL LTE is power-packed offering great productivity at power of 4G.”