Both devices are versions of Moto X but don’t get confused with their names. They differ a lot from each other in design and specifications. If your are confused about which handset among these to buy, then read on to find out Motorola Moto X Style vs Moto X Play comparison. In this post, we pit both smartphones against each other to ascertain which one will be the right device for you to buy. 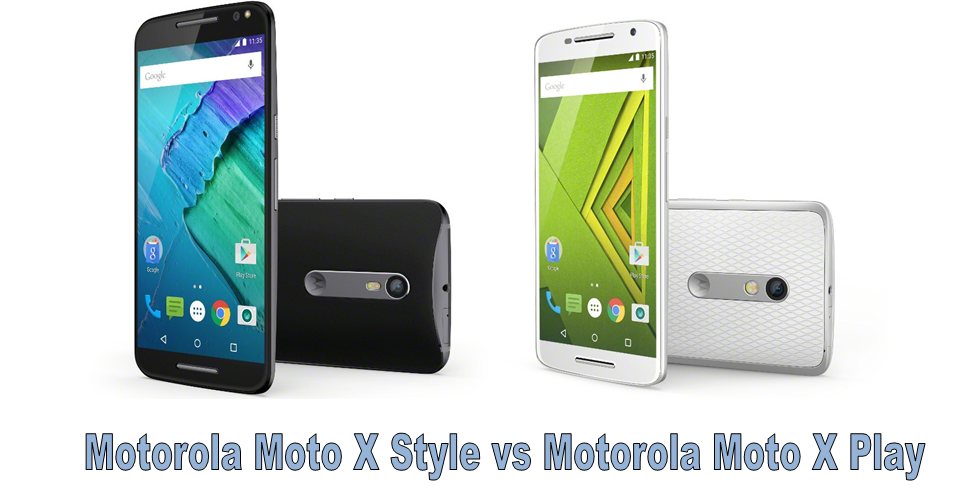 While both devices look similar in design, the Moto X Play comes with complete plastic body whereas the Moto X Style comes with metal frame on the sides.

Both smartphones come in two variants based on storage- 16GB and 32GB. All variants support expandable storage up to 128GB via microSD card.

This round is again a tie as there is a 21 mega pixel camera with dual LED flash on both smartphones. They also sport a 5 mega pixel secondary camera on the front. The Moto X Style supports 4K video recording and comes with front LED flash which the Moto X play lacks.

The Moto X Style is backed up by a 3000mAh battery whereas the Moto X Play packs a larger 3630mAh battery.

Which smartphone among Motorola Moto X Style vs Moto X Play is better? Share your views with us in the comments section below!