Surface Pro 4 is powered by sixth generation Intel core processor paired with 4GB or 8GB of RAM. It features a 12.3-inch PixelSense display with pixel density of 267ppi and resolution of 2160×1440 pixels. On design front, it looks similar to its predecessor Surface Pro 3 however the Pro 4 is slimmer with 8.4 mm thickness as compared to 9.1mm thickness of Pro 3. 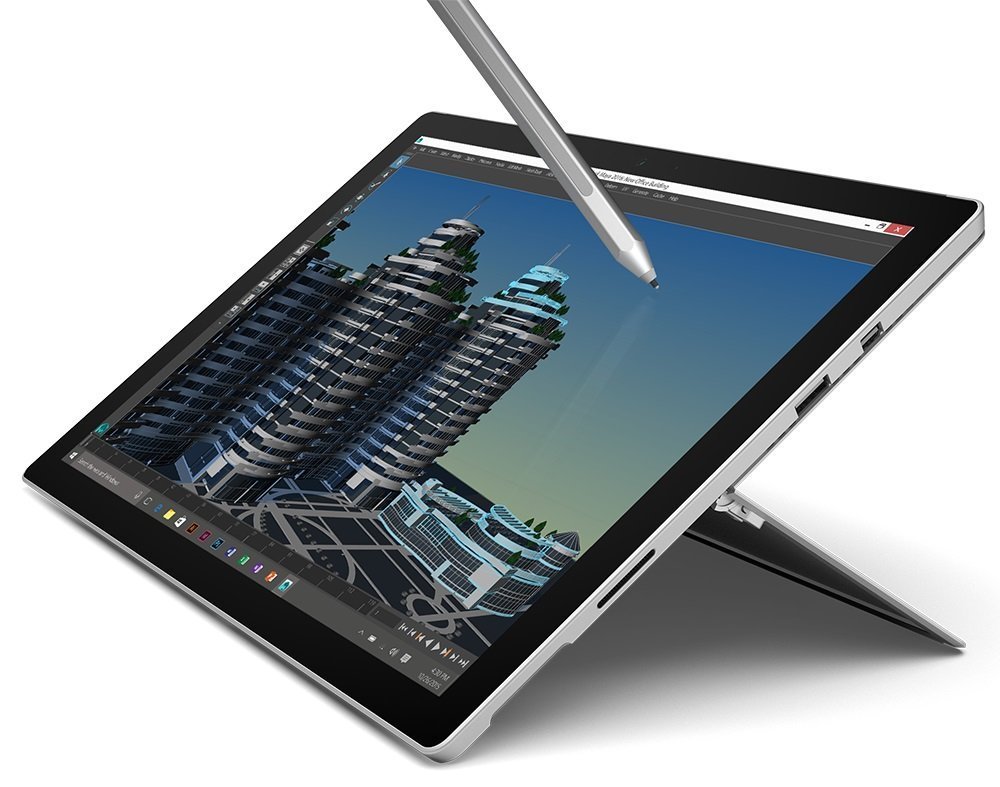 On camera front, the Surface Pro 4 2-in-1 sports an 8 mega pixel rear camera and a 5 mega pixel front facing camera. The device supports Windows Hello feature for face authentication via camera and fingerprint sensor for added security. The battery of the device is good enough to survive for up to 9 hours.

It also comes with new Surface Pen with eraser on it. On clicking and holding the Surface Pen, users can activate personal digital assistant Cortana; one click on Surface Pen launches OneNote. Surface Pen also supports Palm Block technology so that users can rest their hand on the screen while writing.

The Microsoft Surface Pro 4 is up for pre-orders at Amazon India and pricing details are as follows: