LG has expanded its smartphone line-up with the introduction of new K series smartphones at CES 2016 in Las Vegas. LG has announced LG K10 and LG K7 in the new K series. Highlight of these devices is their advanced camera technology, UX features and glossy pebble design with curved finish and 2.5D arc glass. The company claims that both smartphones will be the first to offer LG’s glossy pebble design language, a contemporary, stylish look with a curved, modern finish design. The rear panel of the phones flaunts its woven pattern and offers optimal grip to the users. 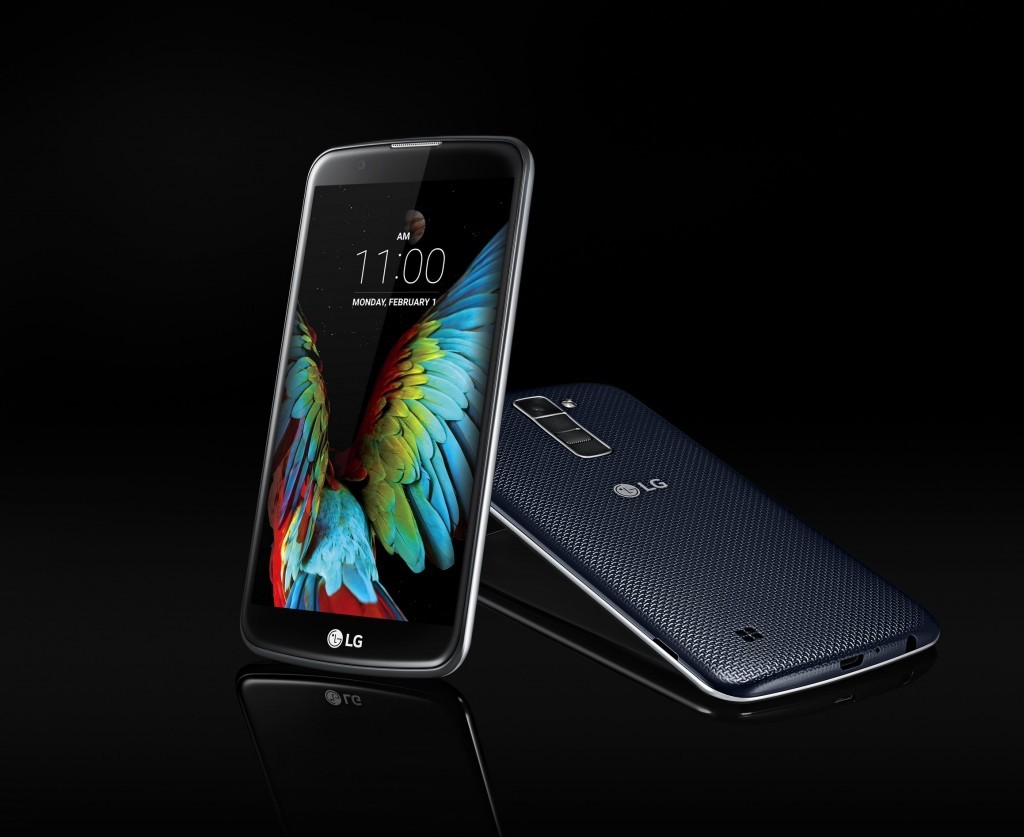 As for specifications, the LG K10 will come powered by a 1.3GHz quad-core or 1.14GHz octa-core or 1.3GHz quad-core processor paired with 1GB or 1.5GB or 2GB of RAM respectively, depending on the market. Running Android 5.1 Lollipop operating system, it features a 5.3-inch HD display with resolution of 1280×720 pixels. Based on storage, it will come in two variants- 8GB and 16GB.

The phone comes with several features such as Gesture Shot and Gesture Interval Shot. Gesture Shot allows users to take selfie by raising open hand and clench it into a fist in front of the camera lens. Closing the hand twice activates Gesture Interval Shot, which takes four consecutive photos. Backed up by a 2300mAh battery, it offers 4G LTE/3G, Wi-Fi, Bluetooth and GPS as connectivity options.

There is no word on pricing and availability details of the LG K10 phone as of now. More details are likely to be revealed in the coming days.

Looking at the spec-sheet, the LG K10 is a mid-ranged smartphone with decent specs. The specifications of the phone will differ depending on the markets. It is not known as of now, which variant will the company be launching in the Indian market.