Lenovo-owned Motorola is working on its next E-series smartphone. Recently, details of the upcoming Moto E5 smartphone have popped up online. The new leaks hint at a premium-looking handset with a fingerprint sensor on the back. Read more to find about Moto E5 Price in India, Specifications, and Features 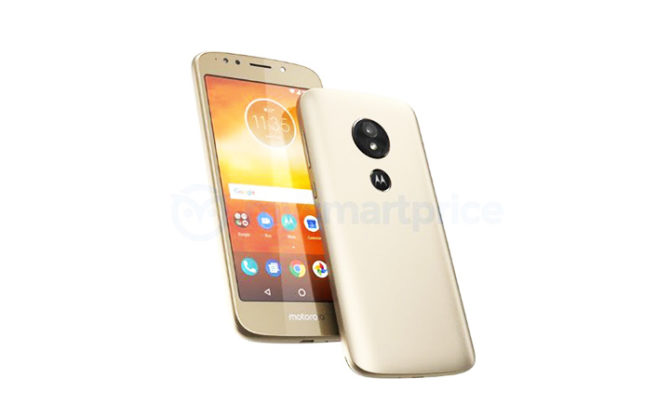 As of now, there is no official information about the price and launch date of Moto E5. However, it is expected to arrive in July this year. Last year, the company launched Moto E4 at Rs 8,999. While a Moto E4 Plus model was priced at Rs 9,999.

As per latest leaks, the upcoming smartphone will come with a gold finish. The entry-level device will be made of plastic or metal. Other design elements include a 3D-curved back with rounded corners. A fingerprint sensor is placed on the back. Overall, the new handset looks similar to the Moto X4.

Additionally, the Moto E5 is expected to be powered by a MediaTek processor. The dual-SIM smartphone will include Bluetooth, GPS, Wi-Fi and a 3.5mm headphone jack as connectivity options. It is tipped to feature a single rear camera with an LED flash.

The new Moto E5 is expected to feature several upgrades over its predecessor. The Moto E4 sports a 5.0-inch display with HD resolution (720 x 1280 pixels). It is powered by a 1.3GHz quad-core MediaTek MTK6737M processor and 2GB RAM. The 16GB internal storage that can be further expanded via a microSD card (up to 32GB). The Moto E4 sports an 8-megapixel rear camera and a 5-megapixel front camera. It is backed by a 2800mAh removable battery. The dual-SIM smartphone runs Android 7.1 operating system.