Motorola is expected to launch multiple new devices in the coming months. This includes Moto G6 Play, Moto X5, Z3 and Z3 Play. Recent leaks claimed that the Lenovo-owned is ready to bring a new Moto E5 Plus smartphone (successor of Moto E4 Plus). Now, the Moto E5 series (Moto E5, Moto E5 Play, and Moto E5 Plus) has been spotted on certification portals in Indonesia and Thailand. Read more to find about Moto E5 Plus Price in India, Specifications, and Features 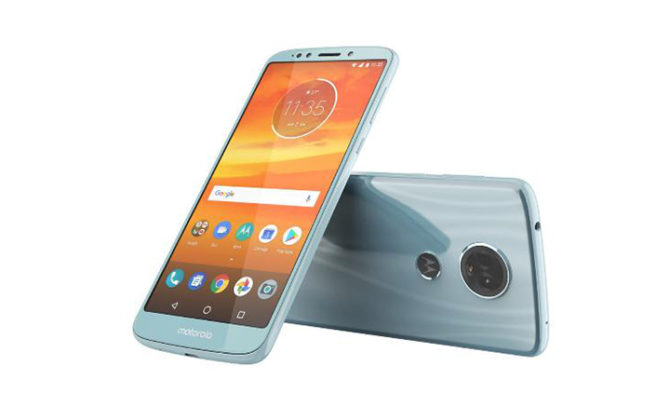 As of now, there is no information about the price and availability of the upcoming smartphone. The Moto E4 Plus was launched in India in July 2017 at Rs. 9,999.

As per recent leaks and rumours, the new Moto E family will come in two variants with different processors – Snapdragon 430 SoC and MediaTek MT675X SoC. The entire new  E range of smartphone is said to feature dual camera setup on the back.

The Moto E5 Plus is said to sport an 18:9 display with slim bezels on the top and sides. A fingerprint reader is placed on the back, just below a circular rear camera module. The upcoming handset looks similar to the company’s Moto X4 model.

The Moto E5 Plus is tipped to sport a 5.8-inch display with HD+ resolution. It will be backed by 3GB RAM and 64GB internal storage. It is likely to run Android 8.0 Oreo operating system out-of-the-box. Connectivity options will include USB Type-C port, NFC, and a 3.5mm headphone jack.

The dual rear camera setup is tipped to come with a 16-megapixel primary sensor (f/1.75 aperture) and an 8-megapixel secondary sensor (f/2.0 aperture). Previously, it was rumoured to feature single-camera modules (on the front and the back) with a LED flash.

The E5 will sport a 5.5-inch display with HD resolution. It will be backed by 3GB RAM, 32GB internal storage, and a 3028mAh battery. The dual camera setup will combine a 16-megapixel primary sensor with a 5-megapixel secondary sensor.

The upcoming smartphone is rumoured to feature a 5.2-inch HD display. It will be backed by 2GB RAM, 16GB internal storage and 4000mAh battery. The dual camera setup will use a 12-megapixel sensor and a 5-megapixel sensor.

Lenovo is yet to confirm any details about the new E series. So, the above-mentioned details should be taken with a pinch of salt. The company is also expected to launch the next-generation of G series smartphones. The upcoming devices will come with a rear-mounted fingerprint sensor, and a 3D glass back. Are you looking forward to next-generation Moto smartphones? Let us know in the comments section below.