Motorola One Power smartphone has been finally launched in India (initially unveiled at IFA 2018). It comes with a display notch, Snapdragon 636 SoC, and 5,000mAh battery. Additionally, the Android One handset will receive timely Android updates. Now, it has been spotted on Geekbench site with Android 9.0 Pie OS. Read more to find about Motorola One Power Price in India, Specifications, and Features 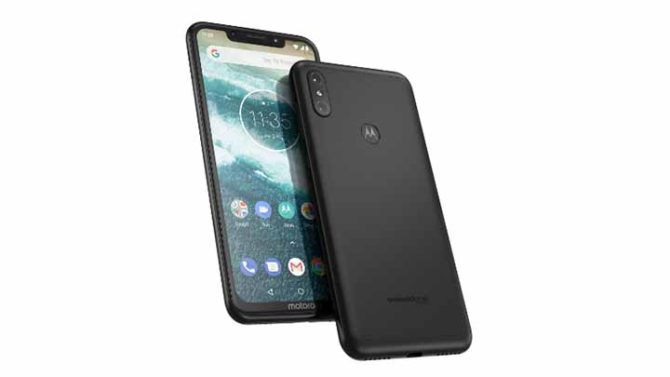 The Motorola One Power is priced in India at Rs 15,999 for the 4GB RAM variant. It will be exclusively available via Flipkart from October 5. Registrations for the smartphone begin on September 24.

The Motorola One Power is powered by an octa-core Qualcomm Snapdragon 636 processor along with an Adreno 509 GPU and 4GB RAM. The 64GB internal storage can be further expanded via a micro SD card (up to 256GB).

Additional features include Face Unlock. It runs Android 8.1 Oreo operating system. Since the new handset is part of the Android One programme, it will also receive three years of monthly security patches. While Motorola has confirmed an Android 9 Pie update, the smartphone will also get updated to Android Q.

Now, the Motorola handset has been spotted on Geekbench site with Android 9.0 Pie OS. This hints that the company is currently testing an Android Pie update for the affordable smartphone. The update is expected pretty soon.

The new Geekbench listing also shows the Motorola One Power with a single-core score of 1,274 and multi-core score of 4,508. The benchmarks have been uploaded online on November 2. This means the smartphone could receive the latest Android version sometime in the coming days.

At its price-point, the Motorola One Power will take on the likes of like of Xiaomi Mi A2 smartphone (priced at Rs 16,999). The Xiaomi handset comes with a 5.99-inch full HD+ display. It is powered by Qualcomm Snapdragon 660 processor. The Android One smartphone comes with a dual rear cameras (12-megapixel + 20-megapixel) and a 20-megapixel front camera. It is backed by a 3,010mAh battery.

What do you think of the new smartphone and its price? Will you pick up the new Motorola One Power? Share your thoughts with us in the comments section below.