Motorola is all set to launch a new smartphone called One Vision. It is tipped to come with a 48-megapixel primary sensor and a 21:9 display. While it was spotted with on Geekbench with a Samsung Exynos 9610 SoC, it is expected to arrive in China with a Snapdragon 675 SoC (as Motorola P40). Read more to find about Motorola One Vision Price in India, Specifications, and Features 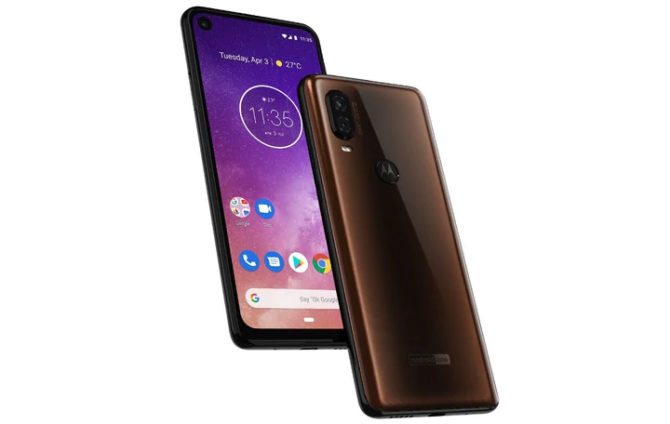 The Motorola One Vision is expected to be launched in Sao Paulo, Brazil on May 15. As of now, there is no information about the Indian price or launch date.

According to recent leaks and rumors, the Motorola One Vision is said to feature a 6.2-inch display with a full-HD+ (1080 x 2520 pixels) resolution and a 21:9 aspect ratio. It will be powered by a Samsung Exynos 9610 processor along with 3GB/ 4GB RAM and 32GB/ 64GB/ 128GB internal storage. The Motorola P40 version is tipped to come with a Snapdragon 675 SoC.

In terms of optics, the upcoming handset is said to sport a dual camera setup on the back. It uses a 48-megapixel primary sensor with Quad Pixel technology and f/1.7 aperture. Camera features will include optical image stabilization (OIS), Video 3D HDR and Long Exposure. The selfie camera will be placed in a display hole.

The Android One smartphone will come with a gradient finish at the back. It is tipped to come in at least two color options (dark blue and dark brown). A fingerprint sensor will be placed on the back. It will be backed by a 3,500mAh battery.

More details are expected to surface in the coming days. Bookmark this page to stay updated!

The Lenovo-owned brand is also planning to launch a new Z series smartphone. According to recent leaks and rumors, the Moto Z4 will be powered by a Snapdragon 675 processor along with 4GB/ 6GB RAM and 64GB/ 128GB internal storage.

In terms of optics, the upcoming handset is said to sports a single 48-megapixel rear camera with a Quad Pixel technology (to deliver a 12-megapixel image) and a Night Vision mode (to capture sharp 6-megapixel photos in lowlight conditions). The 25-megapixel front camera is tipped to come with a Group Selfie mode.

The Moto handset will sport a 6.4-inch edge-to-edge OLED display with full-HD resolution and a waterdrop-shaped notch at the top. It will also feature an in-display fingerprint sensor, a USB Type-C port, and a 3.5mm headphone jack.

The flagship smartphone is likely to run Android 9 Pie operating system. It will come with preloaded features like Google Digital Wellbeing and Google Lens. Other additions might include Motorola’s proprietary Moto Display, Moto Actions, and Moto Experience.

While existing Moto Mods will work with the Z series smartphone, it is also said to support the upcoming 5G Moto Mod (likely to include Qualcomm Snapdragon X50 modem).

What do you think of the upcoming smartphone? Share your views with us in the comments section below.