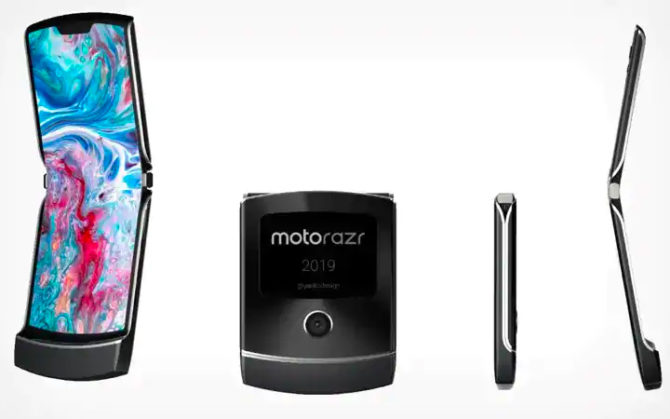 The iconic device will be launched in November this year. However, it will be available in limited numbers (only 200,000 units).

The revamped Motorola Razr is said to be priced at $1,500 (approx Rs 1,04,300). As of now, there is no information about the Indian price tag or availability.

The Motorola Razr has initially launched in early 2004 dubbed as the Razr V3. The ultra-thin stylish device sold over 130 million units. It was re-launched with Android OS as Droid Razr. Now, the company plans to use the foldable design to introduce extra connected screen.

As per recent reports, Motorola has received a patent for a smartphone with a foldable display from the World Intellectual Property Organisation (WIPO). It essentially reworks the popular RAZR V3 clamshell phone from 2004. 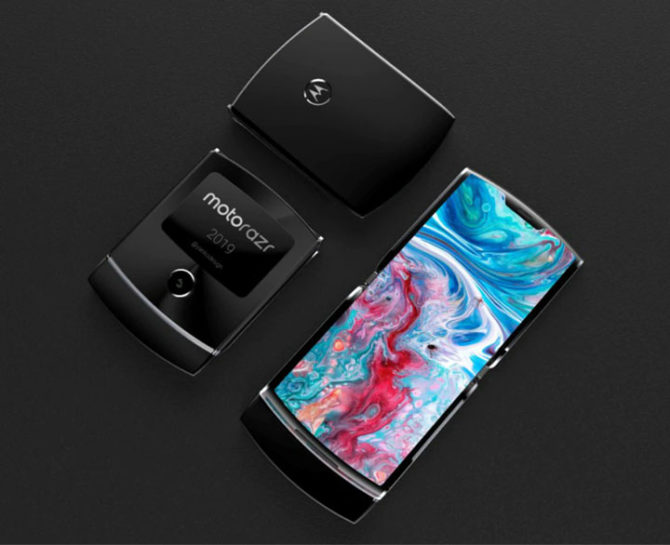 The upcoming handset will feature a tall foldable display (6.2-inch, 876 x 2142 pixels) and a thick chin. There will also be an iPhone-like notch on top. Additionally, a smaller secondary screen (600 x 800 pixels) will be placed on the upper half of the back panel (similar to the second CSTN display on the original RAZR V3). It will display useful notifications, text messages, caller IDs, etc. A camera and fingerprint sensor is placed on the top and bottom of the second display, respectively.

The upcoming handset could be powered by a 2.2GHz Qualcomm Snapdragon 710 processor along with Adreno 616 GPU, up to 6GB RAM and up to 128GB internal storage. It is likely to run the latest Android OS. Recently, Google announced that it is bringing support for foldable phones. The next version of Android will allow smartphones to run three apps simultaneously.

The 2730mAh battery is likely to come with fast charging support. It will ship with bundled earphones and USB Type-C to 3.5mm adapter. The upcoming smartphone will be available in White, Black, and Gold color options.

More details are expected to arrive soon. Bookmark this page to stay updated.

Foldable devices seem to be the latest trend in the smartphone market. Recently, Royole FlexPai was launched as the world’s first foldable smartphone. While LG is planning to launch a new foldable smartphone at MWC 2019 next month, other brands (Samsung, Huawei, Oppo, and Xiaomi) are playing on the new form factor.

However, Motorola has taken a different approach from what Samsung and Huawei. “We started to work on foldables a long time ago. And we have been doing a lot of iteration,” said Motorola VP of Global Product Dan Dery.

What do you think of the Motorola Razr Foldable Smartphone? Are you excited to see the upcoming smartphone? Share your thoughts with us in the comments section below.