HMD Global has launched a new Android One smartphone in the country. The new Nokia 3.1 comes with an 18:9 HD+ display, MediaTek processor, and a 2,990mAh battery. The new handset was initially launched at a Moscow event in May 2018 alongside Nokia 2.1, and Nokia 5.1. It went up for purchase in the US a few weeks ago. Read more to find about Nokia 3.1 Price in India, Specifications, and Features 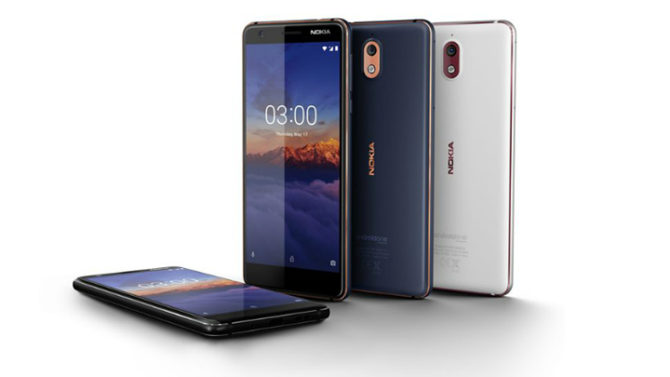 The Nokia 3.1 is priced in India at Rs 10,499. It will be available from July 21 via mobile retailers, Paytm Mall and Nokia’s online store.

As part of launch offers, PayTM Mall users can get 10 percent cash back (alongside two Rs 250 movie cashback vouchers) by scanning the Paytm Mall QR code. Additionally, the ICICI Bank credit and debit cards users are entitled to 5 percent cash back on a purchase.

The Nokia 3.1 brings Android features at an affordable price. The budget smartphone is the cheapest Android One smartphone out there. It does not come with any bloatware or pre-loaded apps. There isn’t add-ons or any custom skin on top either. What do you think of the new Nokia smartphone? Will you pick up the new smartphone? Let us know in the comments section below.

1 comment for “Nokia 3.1 Android One Smartphone Comes With 18:9 Display”