Nokia X, Nokia XL and now Nokia X+, these three devices were launched at Nokia event at MWC this year. Now after Nokia X and Nokia XL launch in India, Microsoft just launched its third Nokia X device Nokia X+ in India at price INR 8,399. All these three device runs on the same platform that was developed by Microsoft on top of AOSP Android. 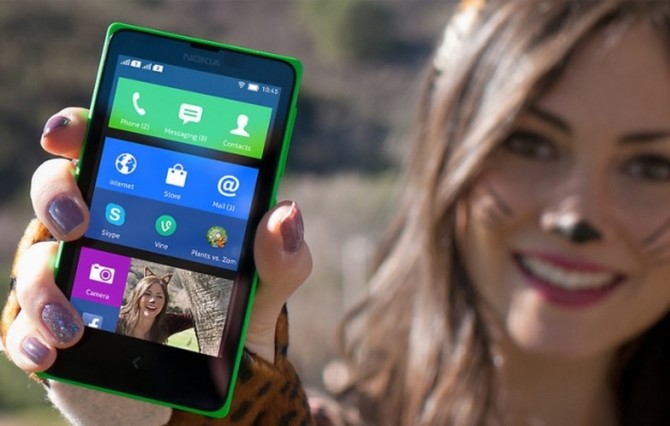 Talking about the specifications of Nokia X+ dual SIM, as the name suggests it is a dual SIM smartphone with both the SIM supports GSM connectivity. The Nokia X+ boosts a 4-inch display along with 800*480pixel resolution display. The smartphone running on 1GHz dual core Snapdragon processor same as Nokia XL, but Nokia XL comes with slightly better RAM as compared to Nokia XL, Nokia XL has just 512MB of RAM on the other hand Nokia X+ has 768MB of RAM on board.

There is a 3-megapixel fixed focus camera at back of the smartphone with no LED flash. The smartphone comes with 4GB of internal storage along with up to 32GB of memory card support.

On the connectivity front, the smartphone comes with 2G, 3G, Wi-Fi, Bluetooth 3.0 which is slightly older version of Bluetooth, and GPS.

The Nokia X+ comes with 1500mAh battery which company claims that it can deliver up to 13.3 hours of talk time along with up to 408 hours of standby time.

Commenting on the announcement, Viral Oza, Director Marketing, Nokia India Sales, a subsidiary of Microsoft Mobile said, “After receiving a great response with the Nokia X, which introduced the category to this market, we are now bringing the much awaited Nokia XL and X+ to our consumers. Nokia XL, our flagship offering within the Nokia X family, comes packed with a large screen experience with a superlative front camera and a wide array of apps, offering a great Smartphone experience at an affordable price point. This will be further amplified through the X+ which will be simultaneously launched with the XL completing the Nokia X family serving as the perfect introduction to the world of Android apps, , coupled with signature Nokia experiences, and the most popular Microsoft services.”

The reason one will not buy this smartphone is Motorola’s Moto E. The Nokia X+ priced at INR 8,399 while Moto E is available at INR 6,999. Moto E has superb features as compared to Nokia X+.  Moto E packed with better display, processor, RAM, camera, battery, operating system and price. So Moto E completely beat Nokia X+.