OnePlus has announced that two of its old models will get the latest Android P OS later this year. The OnePlus 3 and OnePlus 3T will skip the Android 8.1 Oreo update. The new Android OS will be the third major software update for the OnePlus devices. Read more to find about OnePlus 3, OnePlus 3T To Get Android P OS Soon 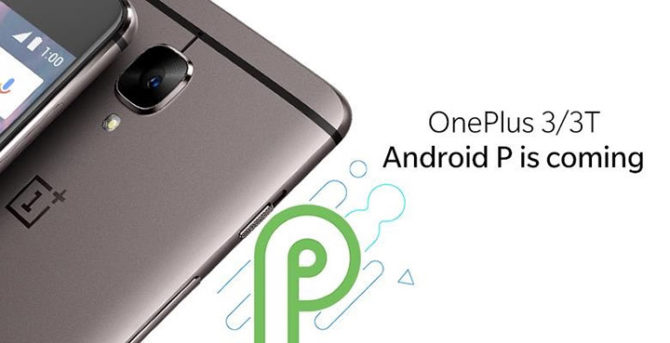 The OnePlus 3 and OnePlus 3T were launched in 2016 with Android 6.0 Marshmallow OS. Both handsets are now set to get the Android P software update. OnePlus is quite diligent about Android updates and security patches. Recently, the company announced that it will push a minimum of two years of software updates and three years of security updates on its current lineup of smartphones.

The Android P update will be available on the OnePlus 6, OnePlus 5/T and OnePlus 3/3T, in this order. Most likely, the OnePlus 3 and OnePlus 3T will get the latest OS update by first few months of 2019. Recently, OnePlus rolled out its latest OxygenOS 5.0.4 update on the two phones. This update includes the latest July security patch and bug fixes to the native camera app and third-party camera apps on WhatsApp and Snapchat. Previously, the OxygenOS 5.0.3 added the Face Unlock capabilities to both smartphones.

OnePlus stated that it has been working closely with Google on the Android P Beta program.

Also read: How To Get Sleep Standby Optimisation On OnePlus 5, OnePlus 5T

Apart from few improvements, the OnePlus 3T features identical features as the OnePlus 3. It also sports an anodized aluminum metal unibody design. A fingerprint sensor is embedded in the home button.

The dual-SIM smartphone is powered by a faster Qualcomm Snapdragon 821 processor and two storage options – 64GB and 128GB. The OnePlus 3T also features a larger 3400mAh battery. In terms of optics, the 16-megapixel front camera sports a Samsung 3P8SP sensor with 1-micron pixels.